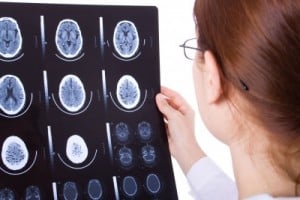 Scientists at the Carolina Institute for Developmental Disabilities in North Carolina have revealed the findings of their long-term research on brain disabilities. They found that children with autism showed early brain overgrowth prior to the age of two.

The researchers led by Heather Cody Hazlett, Ph.D., of the department of psychiatry of the institute compared the MRI (Magnetic Resonance Imaging) brain scans of 59 children diagnosed with autism with 38 children who did not have the disorder.

Among the controlled group were mostly developing kids and also those with developmental delays and low IQ. The age group of all these children ranged between 18 to 35 months.

The researchers found that the brain of children with autism was about 10 percent larger than the brain of other kids.

As the researchers continued to study and track the children, at age 4 to 5 years there remained a total of 38 of the autistic children and 21 among the control group who were available for additional MRI scans.

Many previous researches had established the fact that autistic children usually had larger brain size than other children but none had so far been able to establish the exact time and age when the brain overgrowth occurs.

It was although known that prior to reaching the age of two autistic children had a surge of brain development which later influenced their developmental and behavioral difficulties.

According to Dr. Joseph Piven, a psychiatrist and director of the Carolina Institute for Developmental Disabilities, and a senior author of the study, “This study strongly suggests that much of the enlargement in the brains of children with autism takes place before the age of two. And the results suggest a mechanism not thought of before in autism, that there is increased production of neurons in the [cerebral cortex] of the brain.”

The researchers are hopeful that with the help of this added knowledge other scientists will be able to narrow down the possibilities of early intervention in this stage of brain development in autistic children.

“Direct evidence of the timing of early brain volume overgrowth in autism will focus future studies on this narrow window of brain development, providing important insights into potential underlying neural mechanisms and highlighting a potentially important period for early intervention and possible prevention.”

The research is definitely a big leap in understanding autism better and hopefully more findings will help analyse counter measures to ultimately reduce the number of children with autism.