A unique birth video shot by German scientists gets behind the scene literally by giving a peek into the woman’s body and the changes that occur during birth. Bound to create ripples in the medicine world, the video has been shot using Magnetic Resonance Imaging of the womb during the birthing process. 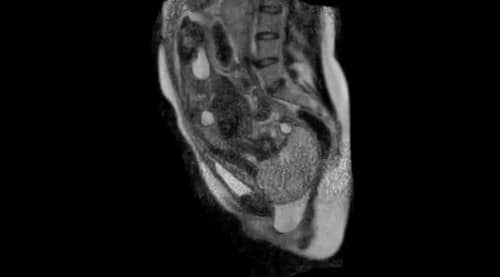 This is the first time that researchers, from Charité University Hospital in Berlin created a 30 seconds video using cinematic MRI, a technique that strings together snapshots from deep inside the body.

Their study has been published in the June issue of the American Journal of Obstetrics & Gynecology.

“Knowledge about the mechanism of labor is based on assumptions and radiographic studies performed decades ago,” the researchers wrote.

In the video the anatomy of the mother is seen giving the final push and the movement of the baby from the womb to the outside world. The researchers feel that the video can help significantly doctors who are treating a complicated pregnancy.

“For the vast majority of women, letting nature take its course is a pretty good way to give birth,” said Dr. Marjorie Greenfield, division chief of general obstetrics and gynecology at University Hospitals Case Medical Center in Cleveland. “But it’s interesting to find ways to understand it better. And if this helps us learn ways to avoid Cesarean section and have babies come out vaginally, there could be some benefit.”

Greendfield added that while the video was fascinating what was even more remarkable was the mother’s willingness to be shot through the MRI machine during this critical stage. 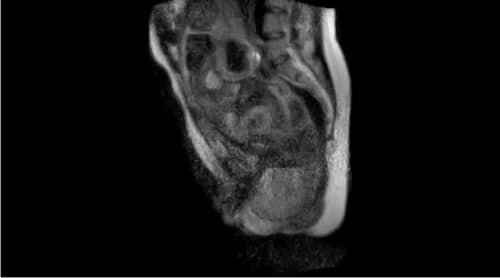 “It’s just so generous that she would be willing to support science by sharing something so personal and private,” she said. “I imagine she’d had lots of babies before she knew how she was going to handle it.”

Cinematic MRI has also been used in the past to study twin-to-twin transfusion syndrome, a rare condition in which one identical twin gets blood from the other inside the womb.