Home » Rotavirus Vaccines Could Save Thousands In Poor Areas 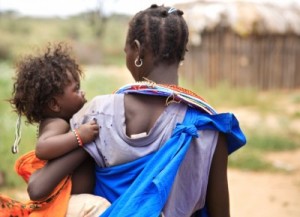 Vaccine trials in Asia and Africa have found that the Rotavirus vaccine could be critical for saving thousands of the areas’ poor children. Researchers are urging officials to make the vaccine a priority.

In the world’s poorest countries, more than 400,000 children die each year due to Rotavirus. In the areas of Asia and Africa where the trials took place, the vaccine was able to prevent between 39 percent and 48 percent of infections. Preventing these infections can save thousands of lives of poor children each year. According to Dr. John Victor of the Seattle-based PATH non-profit development organization, the number of lives saved could reach 2 million within the decade.

“Our main goal is to prevent the most severe disease that might lead to death in areas where treatment is inaccessible,”

In the US and other developed countries, the Rotavirus vaccine is already a common preventative measure for children. The illness causes severe diarrhea, which can lead to death in areas where children do not have access to clean drinking water. Dehydration can kill a child much quicker than it can an adult.

“In Africa, where young children are dying from diarrheal disease and prompt medical care is often out of reach, the need to prevent rotavirus is especially urgent,”

For the study, 2,000 babies from Vietnam and Bangladesh aged one to three months were chosen to either receive 3 oral doses of the vaccine or placebo. The infants were then monitored for two years. Of the infants that received the vaccine, 38 suffered a severe infection of Rotavirus. Those who received the placebo, 71 infants became infected. Another 5,400 children in Ghana, Kenya, and Mali were also studied to see how the Rotavirus vaccine would help. There they found the vaccine was 64 percent effective in preventing the disease in babies one-year-old or younger.

Providing the vaccine, and making it affordable for all families, would be a huge step forward in decreasing the infant mortality rates in many of these poor areas.

“Reassuring governments in low-income countries that they will be able to purchase vaccine at a reasonable price, when support from the GAVI Alliance ends, will be the quickest way to encourage their introduction and to establish whether these vaccines will stand alongside smallpox, measles, and poliomyelitis vaccines in their public health benefits,”

The Geneva-based Global Alliance for Vaccines and Immunization has reached an agreement with vaccine makers Pfizer and Glaxo to provide 60 million doses a year of the pneumococcal vaccines at a reduced cost to developing nations. They hope that this new research will lead the way to also offering Rotavirus vaccines where they are needed. – Summer, staff writer