In an exclusive interview with Parade, actress Sarah Jessica Parker reveals some of the intimacies of her family life including her life as a mother and her marriage to actor Matthew Broderick. I personally found this side of Sarah Jessica Parker both refreshing and down-to-earth. 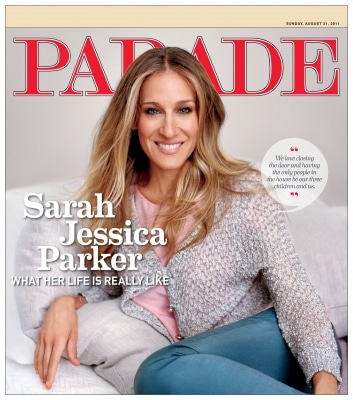 Sarah and Matthew have been married almost 20 years now. During that time, the actress reveals that the two have learned new appreciations – Sarah learning to appreciate things like baseball, color and parmesan cheese from her husband and Matthew learning to appreciate ballet, thanks to Sarah. Something else the two share – three wonderful children – fraternal twins Tabitha and Loretta, now 2 and James Wilkie, now 8.

James Wilkie says he wants to be an actor and is anxious to get started. Sarah feels that he should wait until after college but she also tells Parade, “Part of me thinks maybe it’s better if he knows the truth now about how hard it is to be a working actor. I don’t know that he grasps what it took us to get here.”

The twins, she says, are “talking, they’re running, they need me. Loretta is deeply inquisitive…. She constantly checks that we are connecting with her.” Deemed the princess of the family, “Tabitha does not give; she receives.” 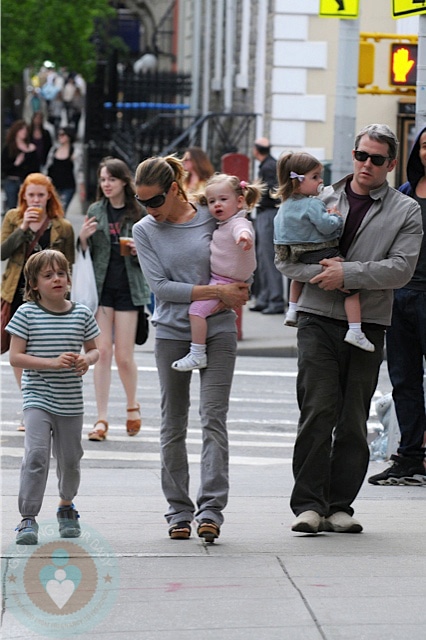 When asked about the struggles of holding down a successful acting career and parenting three children, Sarah told Parade, “We’ve had two occasions recently where both Matthew and I were working and it was so hard on the kids, especially James Wilke because he can really articulate how he feels about our absence. On the other hand, there are big chunks of time when we’re home a lot more than conventionally working parents so you hope to make up for it.”

What I found most refreshing about the interview was she and Matthew’s perspective on outside help when it comes to the kids. When asked if they have live-in help, Sarah revealed that they do not. They hire someone to watch the children, when it is needed, but that’s as far as it goes for this celebrity family. “We love closing the door and having the only people in the house be our three children and us. It’s such a good feeling to know that we’re competent and capable and that it’s private.”

It’s nice to see that Sarah and her family aren’t much different than you and I, something I think we too often forget when it comes to celebrities. Just like us, she is working hard to balance a marriage, a career and mommy-hood.