I was both shocked and saddened to read a story about a woman who lost her child while giving birth on the streets of an affluent district of Paris.

The mom, who is only known as Anna, is a recovering drug addict. She was eight months pregnant when her contractions started on Tuesday in the tent that she and her husband, Miloud, set up on Rue de l’Observatoire in Paris’s 14th arrondissement. 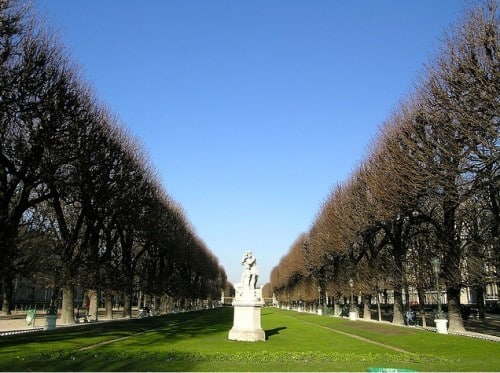 “When the contractions started I saw her pushing, pushing and I received the baby’s head, and as soon as its head and shoulders were through, it came out. But it was not moving.

“I gave it mouth to mouth for 10 minutes, then phoned the emergency services but it was too late.”

The baby girl, who was to be called Dolores-Christina, is believed to have been stillborn. Paris’s child protection police unit has opened an inquiry to determine the exact cause of death.

After Dolores’ arrival Anna was admitted to the hospital and her husband was given a hotel room the following day. He said he was angry that they had been denied emergency accommodation.

“I could have had my little girl with me,” he said. “We knocked on many doors, but were always referred to the 115 (a number for emergency social housing and help), but we found the doors closed practically everywhere. They accept single women or men, but not couples.”

Regardless of which country you live in or what issues you may have personally, more should be done for women who are expecting.  The fact that she delivered in a tent on the street is not only disgusting, but it is degrading.  Why should this new baby be punished for their parents circumstances and forced to come into the world in a dirty, make shift street shack.  Had this mom received care, whatever was happening with the baby may have been detected. This baby’s death could have been prevented.

As one of his election promises in 2007, Nicolas Sarkozy made a pledge that within two years, “nobody will be obliged to sleep on the streets and die of cold”. He enacted a law making access to housing a legal right.

The Montreal Gazette reports that despite this France still has 130,000 homeless and this year 280 people have died on the streets. In contrast, the government has cut the budget for emergency housing by 41 million Euros a year and the number of emergency hotel rooms by 4,500.

Hopefully this baby’s tragic arrival will bring this issue back to the forefront in France and other cities around the world.

I know that this issue is so much bigger than what happened with this mom this week, but the fact still remains that more needs to be done for those in our communities that have fallen on tougher times – especially when kids are involved.