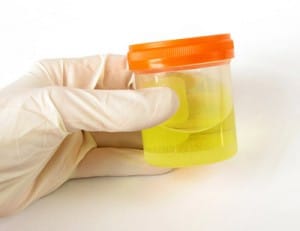 Children with Type 1 Diabetes are more prone to health problems such as heart and kidney diseases. A new study suggests that a simple urine test can now help identify those kids who are at a higher risk of these illnesses to provide them with earlier treatments.

Researchers from the University of Cambridge, England said that 40 percent of the children who suffered from Type 1 Diabetes had an increased risk of kidney damage and were also prone to heart conditions. In this type of diabetes, the body is unable to produce insulin a hormone that converts sugars and other food into energy for the body. Now the researchers suggest that by taking a urine sample from these children with diabetes, it can be found if they are more at risk of heart and kidney diseases or not.

Usually, in adults suffering from diabetes the higher level of albumin – a protein found in blood, in the urine is associated with higher risk of kidney and heart diseases.

The team examined the link between levels of albumin in the urine of older children with type 1 diabetes and the risk of heart and kidney diseases. And they found that even a small variation in the albumin level could be a good indicator of risk of the ailments.

More than 3,300 diabetes patients aged 10 to 16 were studied for the research. Their urine albumin level was tested along with regular tests to check early signs of kidney and heart diseases.

Those whose urinary albumin levels were in the top 30 percent — but still within what is considered the normal range — had more evidence of early kidney and heart disease than those with lower levels, according to the study.

“Managing type 1 diabetes is difficult enough without having to deal with other health problems,” study lead author David Dunger, of the University of Cambridge, said in the news release. “By using early screening, we can now identify young people at risk of heart and kidney disease.”

He says the next step would be to see if drugs used to prevent heart diseases can be used to reduce risk of these ailments in the children.

“The next step will be to see if drugs used to treat heart and kidney disease — such as statins and blood-pressure-lowering drugs — can help prevent kidney and heart complications in this young, potentially vulnerable population,” he said.

The research was published on Nov. 6th in Diabetes Care journal.