Home » SJP and Matthew Broderick Step Out With Their Twins!

Sarah Jessica Parker and husband Matthew Broderick were photographed strolling through the city on Monday with their twins Marion and Tabitha. 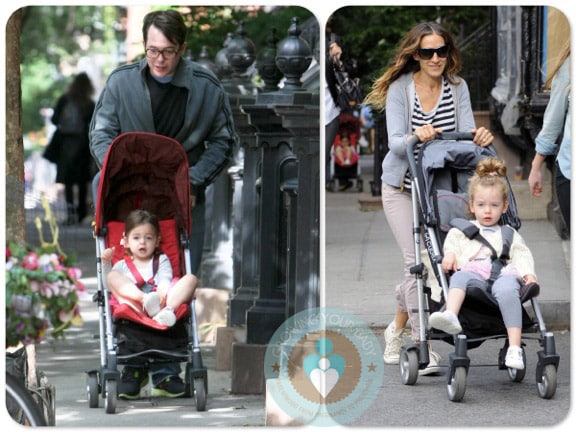 The couple are enjoying a couple weeks off before Sarah starts filming Married and Cheating with Brendon Fraser in July.

They will, however, be preparing in the next few days for a campaign dinner Sarah is co-hosting with VOGUE Editor in Chief, Anna Wintour for President Obama on June 14th, which will be held at the actress’ home.

During a 30 second video spot that aired on Sunday the actress said,

“I’m hosting this event on June 14th because there is so much at stake this year and I want to keep doing what I can.”

“As a woman, a mother, and an entrepreneur, I need to believe our country can be a place where everyone has a fair shot as success,” concluded Parker. “This November’s election will determine whether we get to keep moving forward, or if we’re forced to go back to policies that ask people like my middle-class family in Ohio to carry the burden- while people like me, who don’t need tax breaks, get extra help.”

First Lady Michelle Obama praised the actress in an interview with Politico this week.

“Sarah Jessica Parker is a loving mom, an incredibly hard worker, and a great role model. She’s one of those people you can’t help but admire.”

“Barack and I are thrilled that we’re invited for an evening at her home in New York next week,” she added.

Sarah and Matthew push their princesses, who were appropriately dressed in tutus, in matching Cybex Callisto strollers.