Zika cases have already been confirmed in 23 countries in the Americas as scientists race to develop a vaccine to fight the virus. This mosquito-borne disease has been linked to a devastating birth defect called microcephaly which prevents the fetus’ brain from developing properly. 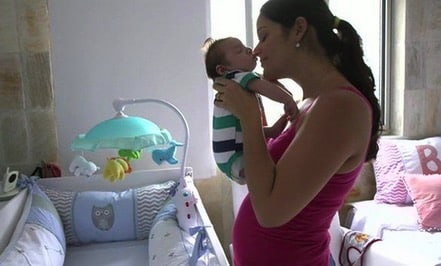 Baby in Brazil with Zika virus

Columbia is a country that’s been hit hard with Zika. There are 20,297 reported cases of the virus according to the national health institute, and among those are 2116 pregnant women. So far Columbia has not reported any deaths or cases of microcephaly from the virus.

Nearly half of the reported Zika cases in Columbia originate in the country’s Caribbean region, and more than 60% of those infected are women. The institute says that 37.2% of pregnant women infected with the virus live in Norte de Santander province, which is located on the country’s eastern border with Venezuala.

Columbia is a country that restricts abortions unless patients are the victim of rape, have significant medical problems, or the fetus is fatally deformed. The health ministry has said that Zika infection falls within the requirements women must meet in order to get an abortion.

Illegal abortions are widespread in the country, possibly because women living far from big cities cannot find abortion providers even when they are able to meet the country’s strict requirements.

Officials in Columbia are anticipating as many as 700,000 cases of the virus and have urged women to delay pregnancy for six to eight months to avoid the potential dangers an infection presents.

Neighboring country Brazil has reported about 3700 cases of babies being born with microcephaly.

In the wake of this news officials are asking expectant parents who are looking to enjoy one last vacation before their baby arrives to avoid the following:

Travel Weekly notes that there are some tropical destinations that are still safe including,

Today the World Heath Organization is meeting in Geneva to decide whether to declare the situation a global emergency. The last time a public health emergency was declared was during the Ebola outbreak in August 2014.