Home » Study: Babies Get Stressed If Ignored Even For Two Minutes 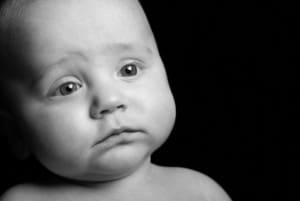 Ask parents and they will tell you how babies need constant attention from the moment they are born. Now researchers in Canada have found that babies get stressed if their mothers ignore them even for two minutes.

The research team asked 30 mothers and their 6 month old babies to be monitored at their lab and divided them into two groups. One group of mothers was asked to play and talk to their babies normally while they were put in car seats. In between, for a period of two minutes, the mothers were asked to look beyond their child and keep their face free from any emotions.

The second group of babies went through the same process with their mothers constantly playing without ignoring them. The cortisol level for these babies remained the same on both days.

The research suggests that babies get anxious and the level of stress hormone rise in their body if their mothers are not paying attention to them even for two minutes. They can even anticipate the same happening again a day later and become stressed.

Researcher Dr David Haley, of the University of Toronto, said, “The results suggest that human infants have the capacity to produce an anticipatory stress response that is based on expectations about how their parents will treat them in a specific context.”

Experts also believe that if these stressful episodes are repeated again and again they may affect a young child’s health and future.

According to Professor Jay Belsky, of Birbeck College, University of London a mother who is depressed may ignore her child, sending the cortisol levels higher again and again and thereby leading the child to become stressed. This could lower the baby’s immune system, may hamper a normal childhood or even effect their parenting as an adult.  – Atula, Staff Writer