Home » Study: Chemical Deficiency in The Brain Could Trigger SIDS 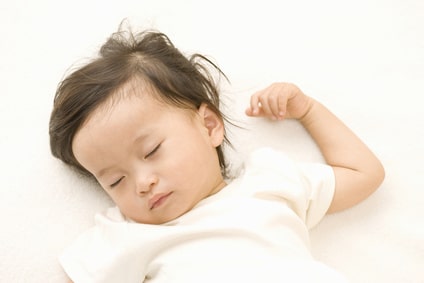 In what seems like an answer to the all important question of what causes Sudden Infant Death Syndrome or SIDS, a research team in Children’s Hospital, Boston has found that it might be due to the deficiency of a chemical in the brain.Dr. Hannah Kinney, who conducted the study says, ‘We found that the babies who died of SIDS had abnormalities in serotonin in regions of the brain stem that control breathing and heart rate and blood pressure during sleep.’

According to the research, normally when a baby is put face down on the bed, they will re-breathe toxic carbon dioxide, but will lift, turn their head or wake up as a reaction. An infant that has lesser amount of the chemical serotonin in the brain stem cannot react in a similar way and suffocates itself leading to death.

The study found that SIDS babies had 25 percent less of serotonin and other related chemical in their brains compared to other infants. Dr. Kinney also found that most of this is concentrated in the medulla region of brain stem that shows 50 percent decrease in the chemicals.

To prevent SIDS therefore, it is very important to make babies sleep on their back, remove stuffed toys, pillows or pads from the crib, use tight fitting sheets and keep blankets away from baby’s face, as recommended by the March of Dimes. – Atula, Staff Writer