Home » Study: Even a Little Alcohol during Pregnancy Could Stop Some Growing Babies from Breathing

Is drinking in moderation while pregnant safe? Well, that depends on whom you ask . . . 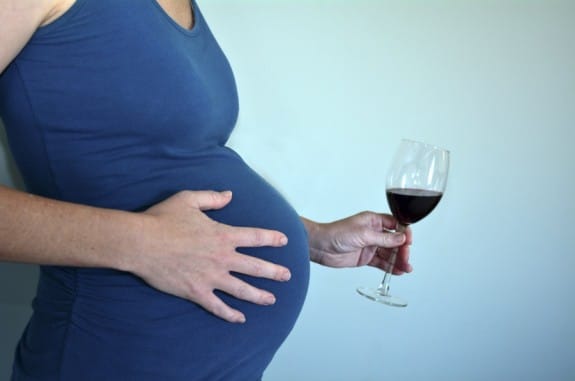 While most countries urge that pregnant women refrain from drinking any alcohol during pregnancy, there are still women that do. And, in the UK, women are actually told that they can continue drinking during pregnancy, as long as it’s not more than one or two units a week. But a new study, conducted by Professor Peter Hepper from Queen’s University Belfast, says that this simply isn’t okay, and that even half a glass of wine could cause a fetus to stop breathing and moving for as long as two hours.

“If women drink just one unit of alcohol, the baby’s breathing and movement stop for up to two hours after that,” he told ITV’s Exposure Program. “That’s not normal—the baby should be continually active.”

Hepper’s study—said to be the first of its kind in the UK—looked at the effects of low-level alcohol exposure during pregnancy through the use of 18-week scans on women who drank an average of two-and-a-half unites a week (about a 200ml glass of wine). It was during those scans that he noticed fetuses would stop breathing and moving, sometimes for up to two hours, and then they would suddenly jump and turn themselves over. He says that these jolts indicate that the baby’s brains aren’t developing properly.

“The only safe [alcohol] level is zero,” he said.

Hepper isn’t the only one who feels this way.

And Dr. Mary Mather, a consultant pediatrician, feels that pregnant women are being “deprived” of accurate information on the dangers that alcohol consumption has on their babies.

“Alcohol is a poison . . . it’s toxic to developing tissue,” she told Daily Mail UK. “It’s also what doctors call a teratogen. The best known teratogen is Thalidomide. It’s in the same category of drugs.”

Thalidomide was a morning sickness medication prescribed to women back in the 1950s and 60s. Thousands of children exposed to the drug ended up with severe birth defects, including phocomelia (limb reduction anomalies), congenital heart disease, malformations of the inner and outer ear, and ocular abnormalities. It was banned in most countries by 1961.

But the problem with alcohol during pregnancy is that some doctors and countries still condone its use. And this puts thousands of babies at risk for a number of defects, including congenital heart disease, fetal alcohol syndrome, brain damage, low-birth weight, and more.

Which is exactly why more studies like this one are needed.