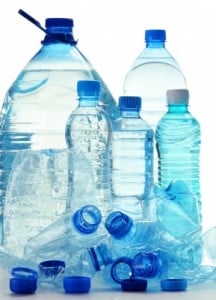 Adding to the harmful effects of the plastic additive BPA a Washington State University researcher has found that the chemical can disrupt a women’s reproductive system causing chromosome damage, miscarriages and birth defects.

Geneticist Patricia Hunt and her colleagues at WSU and Davis at the University of California, conducted the study on the Rhesus monkeys as they have the most human-like reproductive system.

Bisphenol A or BPA is found in plastic bottles, the linings of aluminum cans and some dental fillings. Hunt and her colleagues say that it can alter the mammary development in primates and may lead to cancer.  They are also concerned that the BPA exposure could actually lead to changes in generations of women.

“The concern is exposure to this chemical that we’re all exposed to could increase the risk of miscarriages and the risk of babies born with birth defects like Down Syndrome,” says Hunt. “The really stunning thing about the effect is we’re dosing grandma, it’s crossing the placenta and hitting her developing fetus, and if that fetus is a female, it’s changing the likelihood that that female is going to ovulate normal eggs. It’s a three-for-one hit.”

For the research, Davis gave daily BPA doses to gestational monkeys and small doses to see how that affected the reproductive system of female fetuses. She saw that in the earliest stage of the adult’s egg development, the egg cell failed to divide properly. Earlier the same was also found in the case of mice.

An egg that is fertilized but has wrong number of chromosomes may lead to birth defects or abortion.

In monkeys that had been exposed continuously, Hunt further found that in third trimester, the  fetal eggs were not packaged appropriately in follicles, structures in which they develop.

“That’s not good,” says Hunt, “because it looks to us like you’re just throwing away a huge number of the eggs that a female would have. It raises concerns about whether or not she’s going to have a really short reproductive lifespan.”

The report has been published in the journal Proceedings of the National Academy of Sciences.