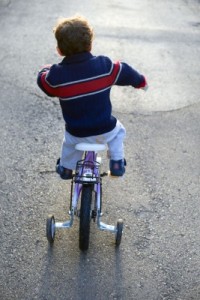 A new study, conducted by the World Health Organization, has found that children, across the globe, are leading increasingly sedentary lives.

The study analysed the lifestyles of 72,845 adolescents from 13 to 15-years-old, in 34 countries.  The findings were surprising because they indicate that the increase in sedentary behaviour has become a cross-cultural phenomenon and that children’s activity levels are not significantly affected by the wealth of the country they are from.

One might think that children from wealthier nations would be less active than children from poorer ones, but that was not found to be the case.  “With regards to physical activity levels, we did not find much of a difference between poor and rich countries.  Growing up in a poor country does not necessarily mean that kids get more physical activity.” said Regina Guthold of the WHO.

The research found that, globally, only 25 per cent of boys and 15 per cent of girls, are active enough to meet recommendations.

Around the world, girls were less active than boys in every country except Zambia.  Zambia had the lowest percentage of active boys; only 8 per cent.  Girls fared worst in Egypt, where only 4 per cent were considered active enough.

Overall, St. Lucia and the Cayman Islands were the most inactive countries, as 61 per cent of girls and 58 per cent of boys are sedentary, by definition.

“I guess it’s pretty safe to say that we have a huge problem with physical inactivity among schoolchildren around the globe and that we should take action,” Guthold said.

Further research is necessary to uncover the reasons for inactivity among adolescents.  Guthold theorises that the growing trend toward urbanization, along with the ever increasing accessibility of cars and technology around the world, may be behind the study’s findings.

She suggests that the problem could be helped by placing more importance of physical education in schools and by making changes to infrastructure to make streets safer and easier to navigate by bicycle or on foot (i.e. the addition of bike lanes and pedestrian crossings). – Jen R, Staff Writer