In vitro fertilization, which has been on the rise for some time now, generally uses a woman’s own eggs and the sperm of her partner to create a viable embryo. However, this is most successful in women who are under 35 years of age because, with age, eggs become less viable. For this reason, many older women – particularly those in their late 30’s and 40’s – are more likely to use donor eggs to raise their IVF success rates. 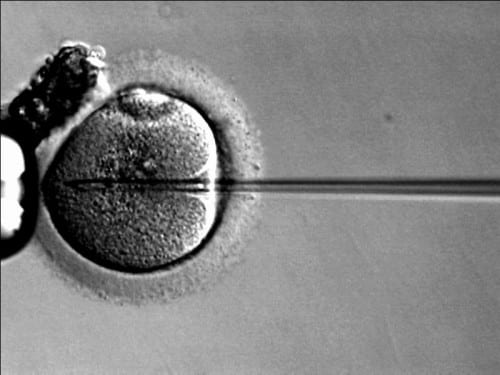 According to a recent study by researchers at Emory University and the federal Centers for Disease Control and Prevention (CDC), the use of donor eggs for IVF is on the rise – going from 10,801 attempts to 18,306 over the last decade. However, the average age of women using donors (41) and the average age of donors (28) remained the same over that time period.

Dr. William Schlaff, ob-gyn chief at Thomas Jefferson University in Philadelphia told attendees at the annual meeting of the American Society for Reproductive Medicine in Boston that the rise in the use of donor eggs “is probably partly a social story. Women not having success in becoming pregnant in their late 30s and 40s are more comfortable using donor eggs” and techniques have helped to improve the success rate of live births.

Overall, about 56 percent of all births resulted in a live birth in 2010, most of which were generally healthy. However, about 37 percent of those resulted in twins, and many of those were born prematurely at low birth weights (less than 5 ½ lbs.). Less than 1 percent resulted in the birth of triplets.

Babies that are born at low birth weight are at a higher risk for a number of complications, including breathing problems, jaundice, feeding difficulties, eye problems and Sudden Infant Death Syndrome. Twins and higher order multiples are at an even higher risk for these very same complications.

Lead author on the study, Dr. Jennifer Kawwass of Emory University said in the annual meeting that researchers still need to work on finding better ways to identify which embryos have the best chance of resulting in a healthy birth.