One of the most important pieces of gear you will purchase for your child will be their car seat.  And regardless of how much research you do to ensure you have the best one, none of that will matter if the seat is not used properly. 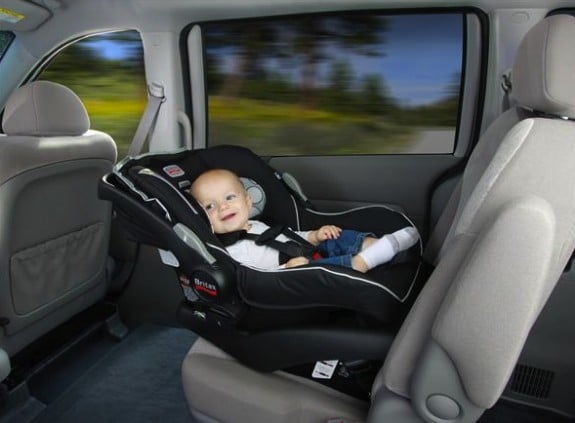 A shocking new study, which was conducted at Oregon Health and Science University Hospital has revealed that 93 percent of caregivers made at least one critical error — a mistake that put their infant at increased risk for injury in a crash.

“Car safety seats can be difficult to use correctly for many families, and we need to provide the resources and services they need to help ensure the safest possible travel for newborns and all children,” said Benjamin Hoffman, M.D., F.A.A.P., lead author of the study; medical director of the Tom Sargent Children’s Safety Center at OHSU Doernbecher Children’s Hospital; and professor of pediatrics in the OHSU School of Medicine.

For the study Mr. Hoffman and his colleagues enrolled 267 randomly selected mother-infant pairs from the OHSU Hospital Mother-Baby Unit from November 2013 to May 2014. Infants born at less than 37 weeks’ gestation and those who stayed in the NICU for more than four hours were excluded from the study.

The 5 most common errors in positioning the infant included:

The 4 most common infant seat installation errors were:

The team found that families with an increased risk to make one or more critical errors tended to be of lower socioeconomic status, had less education, were non-white, did not speak English, and were unmarried or without a partner. Families who had worked with a certified car seat technician prior to their child’s birth were 13 times more likely to position their baby correctly and install the car seat correctly in their vehicle.

“We need to move beyond the idea that we cannot afford to develop and support child passenger safety programs,” said Hoffman. “Car crashes kill more kids that any other cause; we can’t afford not to.”

Over the last couple years car seat manufacturers have really been working hard to create a product that is easy to install, and easy to use.  If parents need additional help understanding their seat and how it connects to their vehicle they should find a clinic or inspection station.  It is important to note that in the past it has been widely reported that fire stations offer these services when, in fact, they don’t unless there is a designated event happening on site.