Home » Study: Risk of Autism and Preeclampsia during Pregnancy Linked

Preeclampsia, a condition characterized by high blood pressure and protein in the urine, is experienced by somewhere between 3% and 5% of all pregnancies. When untreated or not caught soon enough, the condition can become dangerously fatal for both mother and baby. In fact, preeclampsia accounts for somewhere around 40%-60% of all maternal deaths in developing countries. But, even when not fatal, the condition may have some further reaching repercussions. 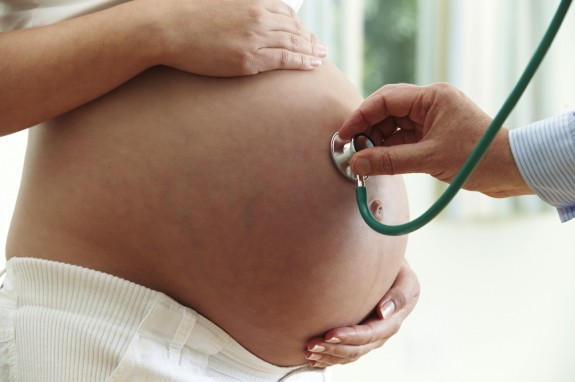 Symptoms of preeclampsia—swelling, sudden weight gain, headaches, and changes in vision—typically occur during late to middle pregnancy, but it can appear even before 20 weeks in pregnancy. And previous research from the World Health Organization (WHO) suggests that, of the women that have it, around 20%-40% of their daughters and 11%-37% of the woman’s sisters will also suffer from the condition.

Now, a new study suggests that children born to mothers suffering from the condition may be at a higher risk for autism. Researchers believe the link may exist because preeclampsia affects the developing brain through limited nutrients and oxygen, which can cause oxidative stress—a side effect that encourages the release of proteins into the maternal bloodstream in an attempt to improve circulation; this could be the very same effect that causes the increased risk of autism.

“We looked at it from three different directions. Essentially, in the women themselves, they developed symptoms of high blood pressure, and other signs and symptoms,” Cheryl Walker, senior author and researcher from the Mind Institute, told Medical News Today. “At the placenta level . . . there’s a reduction that’s progressive in both the nutrients and the oxygen going to the baby, and that sets up a stressful environment. In the baby itself, it sets up for decreased oxygen transfer, and the baby appears to have a prolonged, and perhaps progressive, very low limitation in the amount of oxygen and nutrients that they’re getting. And that low and slow progression may be the cause of the developmental problems.”

Previous studies have looked at preeclampsia as a possible risk for autism, but most have been inconclusive. However, this most recent study, published in the journal JAMA, was a population-based, case-controlled study that investigated more than just links between autism and preeclampsia; it also looked at whether or not autism risk was associated with the severity of the condition.

“We looked at preeclampsia, specifically, and were able to control for many different things that might occur beforehand that could cloud the analysis,” Walker said. “The level of detail obtained by the CHARGE Study on predictors, confounders, and outcomes enabled a comprehensive exploration of this topic. While single studies cannot establish casuality, the cumulative evidence supports efforts to reduce preeclampsia and diminish severity to improve neonatal outcomes.”

This new study included more than 1,000 children between 2 and 3 years of age, and all of the children were a part of the Childhood Risks of Autism from Genetics and the Environment (CHARGE) Study in Northern California. All of the mothers included in the study suffered from confirmed preeclampsia. More than 500 of those children were diagnosed with autism, 200 were diagnosed with a developmental delay, and 350 were considered typically developing.

“Most of [the] increased risk was in women with more severe signs and symptoms of preeclampsia, particularly those affecting the placenta. Children who had growth restriction, or moms who had evidence that the placenta was functioning poorly, were at highest risk for developing autism,” Walker said. “In addition, the children with developmental delay whose mothers had preeclampsia, especially severe preeclampsia, were five times more likely to have developmental delay.”

But Walker adds that it is important for mothers to understand that “the vast majority of women who get preeclampsia don’t have problems with their child’s neurodevelopment. And that’s really important to know. It appears that it’s primarily with severe disease that this happens, and even with that, the vast majority of women with severe preeclampsia don’t have children who develop autism.”

In other words, this study shouldn’t create widespread panic, but it can provide further education and awareness for doctors and mothers when it comes to understanding how the condition could affect a growing baby, especially in severe cases.

“The important thing is for the woman and her family and her obstetrician is to work together to see whether or not the disease is progressing at a stage that is hampering the baby’s development by outward signs such as the fetal heart rate, fetal growth,” Walker said.