It can be a hard blow when a couple finds that one or sometimes both are incapable of having children. According to the Center for Disease Control, 11% of American couples are unable to get pregnant within a year of actively trying. Previous studies have found that fertility problems could cause marital or sexual distress between partners. There is a lot of uncertainty when you are dealing with infertility, but for those who are finally able to conceive new studies are showing an increase in the length of the relationships. 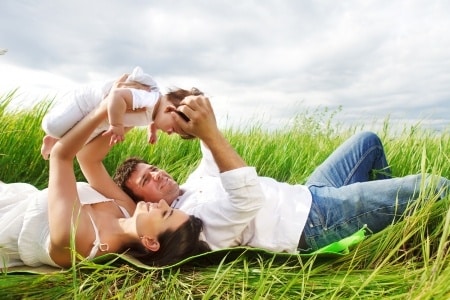 There is a lot of stress when anyone is affected by health issues. When those health issues affect the fertility of a couple that stress can be doubled. Spoken or unspoken, there is plenty of blame, accusations, and anger to go around.

For their study the research team at the Unit of Survivorship at the Danish Cancer Society Research Center in Denmark looked at 47,515 women who were evaluated for infertility between 1990 and 2006. The women were, on average, about 32 years of age and were followed for about seven years.  Sadly, 43% of patients in the study were still unable to conceive after fertility treatments.

“Our findings suggest that not having a child after fertility treatment may adversely affect the duration of a relationship for couples with fertility issues.”

When compared to women who conceive, women who are still unable to conceive are three times as likely to divorce or leave their partner. In this case nearly 27 percent of women were no longer living with the partner, who they had at the time of fertility evaluation, if they did not have a child.

There is however, good news for the 57% who do conceive. Dr. Kjaer’s study has found that these couples are more likely to stick it out for the long run. Women were tracked for up to twelve years, allowing researchers to discover the emotional and psychological impact from the results of infertility treatments. The good feelings that come from beating a problem like infertility can give the couple a united front that can make all the difference in their relationship. The blame and guilt that comes with not being able to conceive can be replaced with the relief and joy in success. The study was only for twelve years, but the outlook looks good for successful fertility patients.

Dr. Kjaer also stated that there would still have to be follow up studies to determine the quality and well-being of couples with fertility issues.

Mom to a super active 13 year old man-to-be, Julia has had a crash course in all things ADHD and Asperger’s Syndrome. She is currently exploring the world of online high school education with her son. When not refereeing assorted dogs, cats, and kids, she spends her time writing, researching, singing, and teaching Sunday school.