Home » Study: Vaccines For Some US Children May Not Be Properly Stored 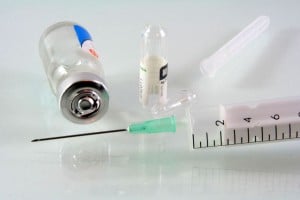 A report released on Wednesday suggests that the free vaccine given to children as the US Government program may have been stored at a wrong temperature making the vaccine less effective than required.

The report also alarmingly states that both expired and unexpired vaccines have been stored in the same place at some doctor’s offices and clinics. This can easily lead to someone picking up the wrong vaccine for administration.

This was found by the Office of the Inspector General (OIG) in the Department of Health and Human Services.

The finding could have a greater implication as many of these clinics that run free vaccination programs also give immunization doses to insured children.

“We do know that vaccines exposed to temperatures that are too warm, too cold, or past the expiration date, may not provide maximum protection against disease,” Holly Williams, a program analyst in the OIG’s office, said.

However, she added that the vaccines are still safe.

The OIG visited 45 medical practices from the five areas that ordered the most vaccines in 2010: California, Florida, Georgia, New York City and Texas. These areas accounted for 36 percent of the vaccine orders in 2010.

They found that at least 75 percent of the clinics had stored the vaccines, which were worth nearly $370,000, in the wrong temperature for five hours in a row. The study was done over a two week period. They also found that 13 of the 45 providers mixed expired and unexpired drugs and 16 of them kept expired vaccines.

In order to provide free vaccination for children from lower income families, the Centre for Disease Control and Preventions (CDC) has been providing vaccines since 1994. In 2010 the Vaccines for Children program spent $3.6 billion to give 82 million vaccines to some 40 million children.

The federal government gives grants to state and local departments who then distribute it to about 44,000 doctors and clinics.

It was found that none of the providers managed vaccines according to all the program’s rules, or had the proper documentation. And none of the five state or city agencies that gave the grants met all the oversight rules.

The CDC has agreed to better manage the program and work with the clinicians for proper safekeeping of the vaccines. They also added that USA still has the best vaccination rates in the world, with 90 percent or greater reduction in preventable diseases.

The Vaccine for Children program is actually helping reach a large number of children and since 90 percent of the children in US are vaccinated by medical practices, proper vaccination management could help the program. Vaccines from companies including Sanofi SA, Merck & Co Inc and GlaxoSmithKline PLC provide protection against communicable diseases such as diphtheria, tetanus, measles and meningococcal disease.