It seems that the list of foods we shouldn’t consume grows longer every day. For pregnant moms, that list is never ending. Now a new study might add acetaminophen to that warning list. For those who aren’t familiar, acetaminophen is the active ingredient in Tylenol and for a long time was thought to be perfectly safe for pregnant women to take when body aches and pain flare up. However, based on new research, acetaminophen could be linked to a child developing attention deficit hyperactivity disorder or ADHD. 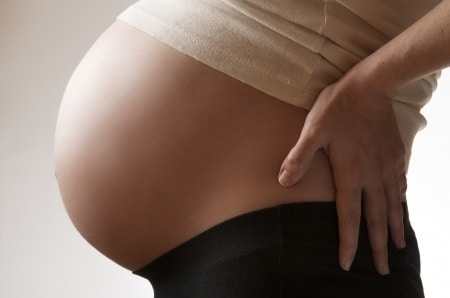 Although the Danish study is setting off alarm bells at OB-GYN offices around the globe, several leading obstetricians and child psychiatrists told ABC News that pregnant women shouldn’t be so quick to flush the Tylenol. There are many positive results of taking the pain and fever reducer during pregnancy that can alleviate potential problems for newborns.

For the study, researchers collected data from over 64,000 moms-to-be. They followed these new families for six years. In that time, half of the new moms took acetaminophen. Upon delivery, the researchers stay in contact with the families to track early development progress. According to their results, the children of women who had taken acetaminophen were 13 percent more likely to exhibit ADHD-like behaviors by the time they turned age seven. These behaviors manifested themselves as lack of focus and short tempers. Of that group, 30 percent of the children increased the risk of using some form of ADHD medication. The contributing factors appear to be how far into the pregnancy and how frequent the moms used the pain reliever.

“It did surprise us to see these effects, because we were hoping it’s a safe medication,” said Dr. Beate Ritz, one of the primary authors of this study, to Yahoo News. “This might be a safe drug during many life periods, and there may be indications,” Ritz said. “But pregnancy is a special period, and we need to be especially careful about what we take during this time.”

Even with these findings, the authors of the study wanted to stress that the results are in the preliminary stage. There is not a concrete and clear connection that taking acetaminophen causes ADHD.

“It is an interesting but preliminary study that requires more investigation,” said Kate Langley of the Cardiff University School of Psychology to ABC News. “The main reason being that it is needs to establish a causal link. There are many reasons why women take [acetaminophen] during pregnancy and those factors may cause ADHD,” she said.

As with anything that a mom takes during pregnancy, you need to weigh the pros and cons in careful consultation with your doctor. Making an informed decision is the best decision.