Home » Tdap Should be Given During Pregnancy Says ACIP 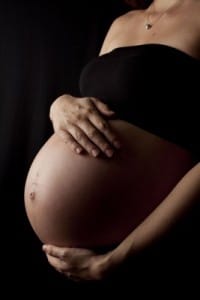 The Tdap immunization, short for tetanus toxoid, reduced diphtheria toxoid and acellular pertussis, is currently given immediately after pregnancy to women that have never received the vaccine or are in need of a booster. The ACIP says, however, that the vaccine should actually be given during the second or third trimester. The reasoning behind it? To decrease the number of pertussis incidents that occur during infancy. Children three months or younger currently hold the highest number of pertussis cases each year.

Up to now, infants have not received their first Dtap immunization until two months of age. This leaves the infant completely unprotected until two months and only minimally protected after two months. The second injection is not given until four months of age. By injecting the mother with the Tdap version during the last trimester, however, the child will already have a slight immunity to the illness because it will indirectly reach the fetus through placenta antibodies. This reduces the chances that the infant will contract the illness during infancy, particularly during the first three months.

In the past, other steps have been taken to help reduce the chances of an infant contracting pertussis. Adults and adolescents that might come into contact with the infant have been encouraged to get a Tdap booster or injection but according to Mark Sawyer, MD of the University of California San Diego and ACIP member, it is very difficult to ensure that all of the infants’ potential contacts are immunized.

So is this new method really safe? According to Sonja Rasmussen, MD, of the CDC’s Office of Infectious Diseases, giving the Tdap during pregnancy has very few risks. Any potential risks are considered to be minimal. And, according to the American College of Obstetricians and Gynecologists and the American Academy of Family Physicians, they will most likely endorse the recommendation made by the ACIP. So, while it is not clear, at this time, when the immunization change will take place it sounds rather clear that it will happen eventually.