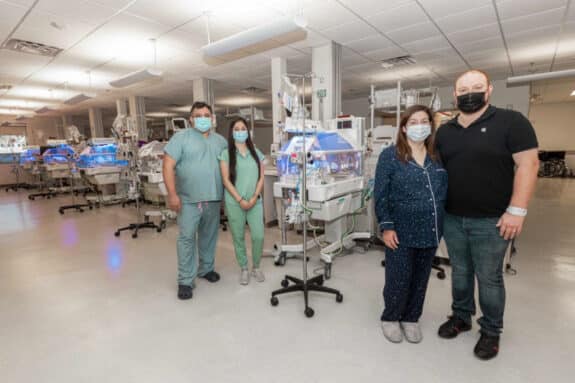 The babies who weighed about 2.3 pounds each, are named Vanessa, Victoria, Leticia, Gabriel, and Rogelio.

In a press release, Dr. Norma Garcia, DHR Health OB/GYN, says mom and babies are all doing great, and the newborns are being treated in the DHR Health Women’s Hospital Neonatal Intensive Care Unit.

The couple conceived through artificial insemination, and were surprised to learn they would be having 5 babies.

According to physicians, the quintuplets, who were born at 30 weeks gestation, will remain in the NICU for a few more weeks and will be discharged as each is strong enough to go home.