Each year, approximately 70,000 children are seen in the ER in the United States as a result of unintentional medication overdoses.  These steep numbers have sparked a push by the American Academy of Pediatrics (AAP) to streamline pediatric dosing. 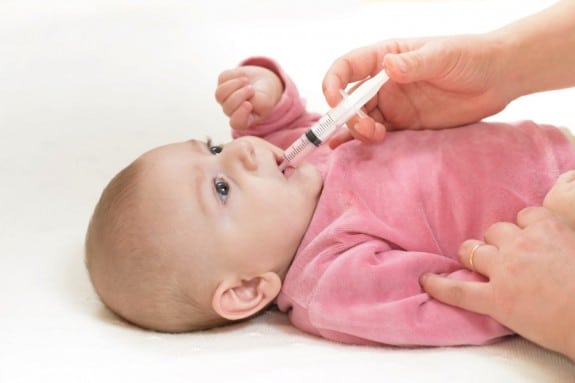 “To reduce errors and increase precision of drug administration, milliliter-based dosing should be used exclusively when prescribing and administering liquid medications,” says the AAP’s Committee on Drugs Policy in a statement published online March 30 in Pediatrics.

The AAP also recommends that parents and caregivers use measuring devices that are marked in milliliters as opposed to use kitchen teaspoons and tablespoons. The problem with the spoon, the AAP says, is that they are not precise, and parents could use the wrong one.

According to the committee, led by Ian M. Paul, MD, professor of pediatrics and public health sciences at Pennsylvania State University, State College, volumetric dosing errors and use of the wrong delivery device are frequent sources of medication overdose.

These problems are often compounded by the lack of consistency on packaging and dosage devices,  and inconsistent abbreviations (such as mL, ml, ML, and cc for milliliter).

To improve this situation, the AAP Policy Statement recommended: