Home » The Beckhams Step Out In New York City!

This was a Big Apple weekend for the Beckham family! In town to support mom Victoria at her Fall Winter collection Fashion Show, the family was photographed leaving their hotel and then grabbing some dinner together on Sunday February 14th.

Cruz was dapper in Burberry, which he paired with some Black Adidas Yeezy kicks.  Romeo was more traditional in a suit and tie. 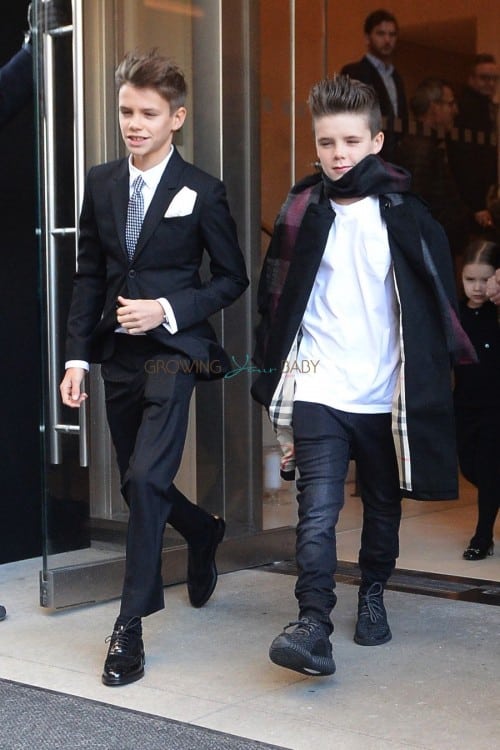 With her hair in two braids, Harper was chic in a black dress and Gucci horsebit heeled loafers. 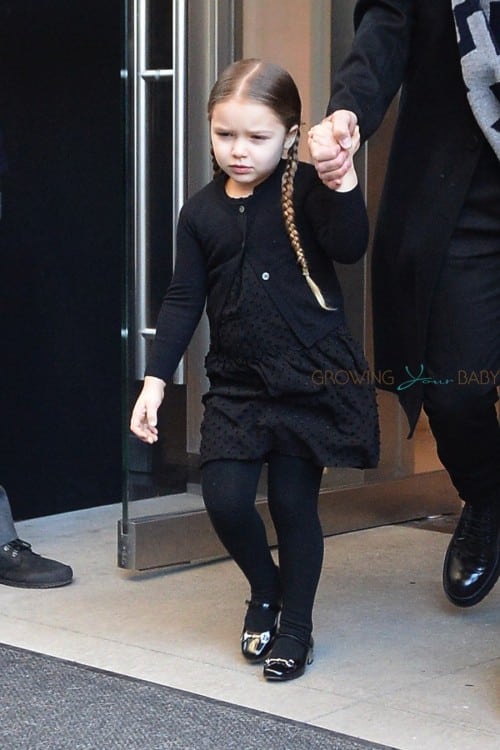 After sitting front row at the show the family headed to their favorite restaurant, Balthazar, to grab a bite. 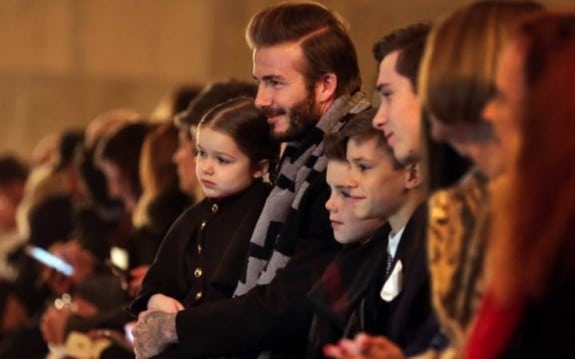 The family filed out of the restaurant with Victoria leading the way in one of her new Fall/Winter designs. 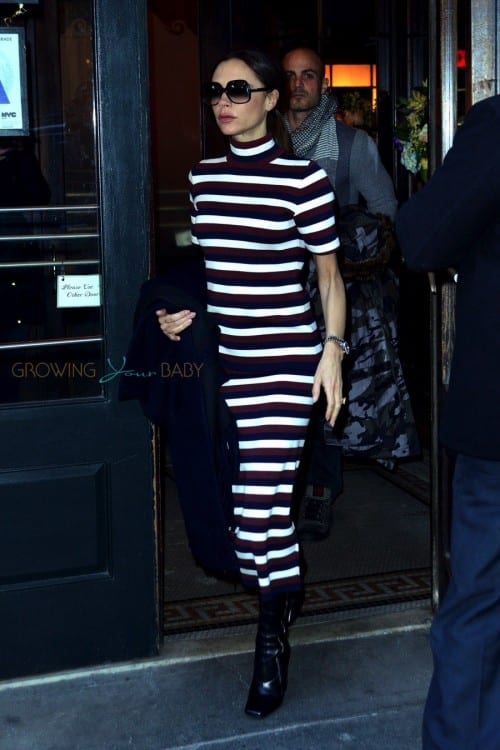 David was last to leave with Harper in his arms. 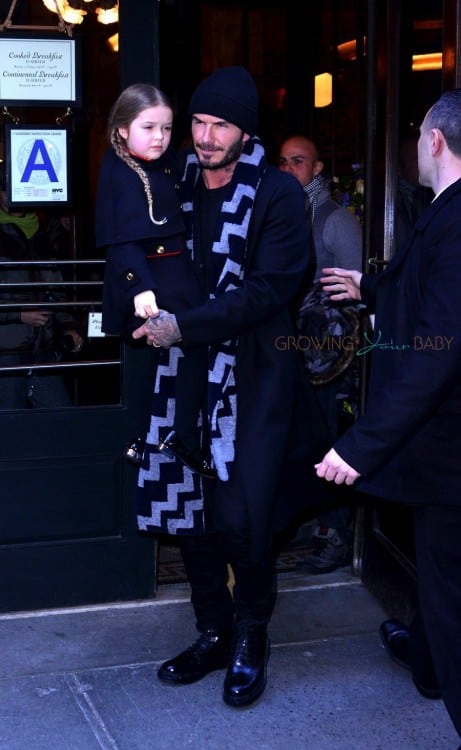 The Telegraph reports that the kids gave their mother “some beautiful flowers” for Valentine’s Day. She bought them balloons. “We’d spent the whole day with these balloons for the kids and I got out of the car after we’d been working all night, and I said to the driver, ‘Be careful of the balloons!’ and he got out the car and said what? And a bunch of them flew up into the air. I was like, no!”