The Carters; Jay Z, Beyonce and Blue Ivy were on hand for singer Solange Knowles’ wedding to video director Alan Ferguson in New Orleans over the weekend. Before the ceremony the rapper was spotted arriving at the Marigny Opera House with his daughter in his arms. 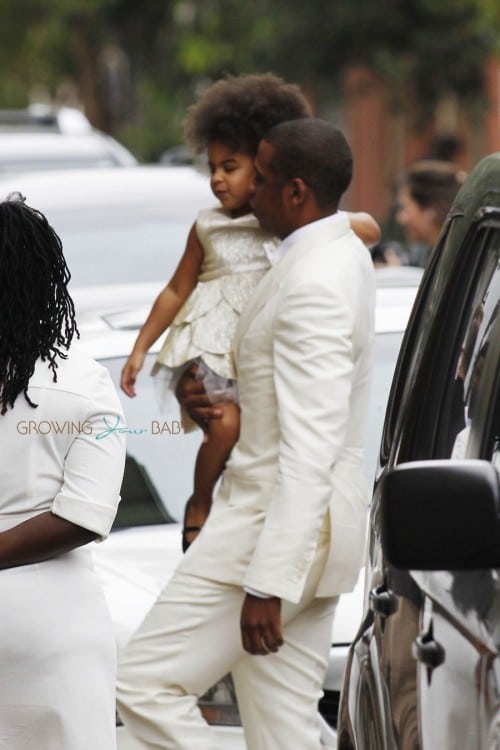 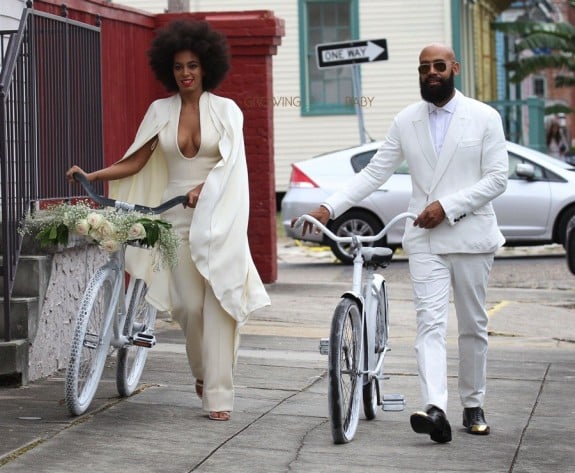 Following the service Beyonce carried her little lady to an awaiting SUV. 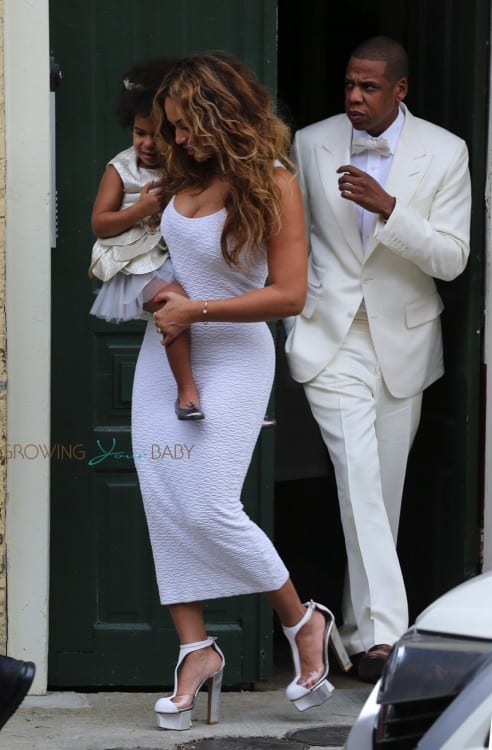 Afterwards the family took it to the streets to party New Orleans style!  Solange led the way with her son Daniel by her side dancing and celebrating. 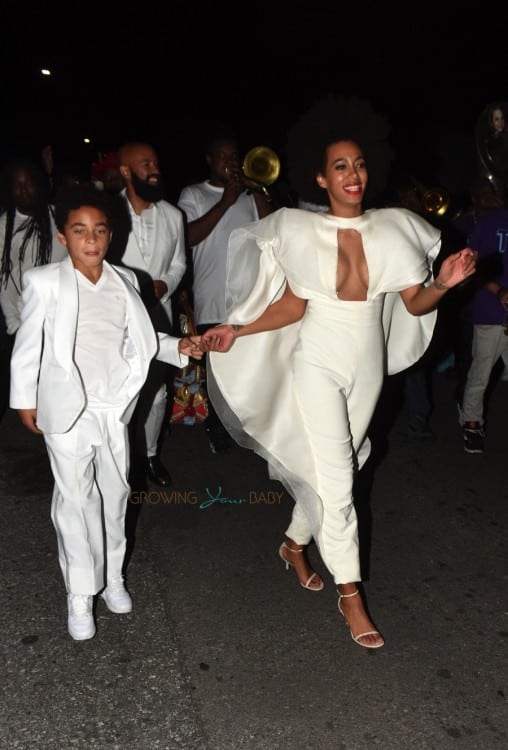 With their babe likely in bed, Jay Z and Beyonce joined the crowd – carrying sparklers and partying with the friends and family. 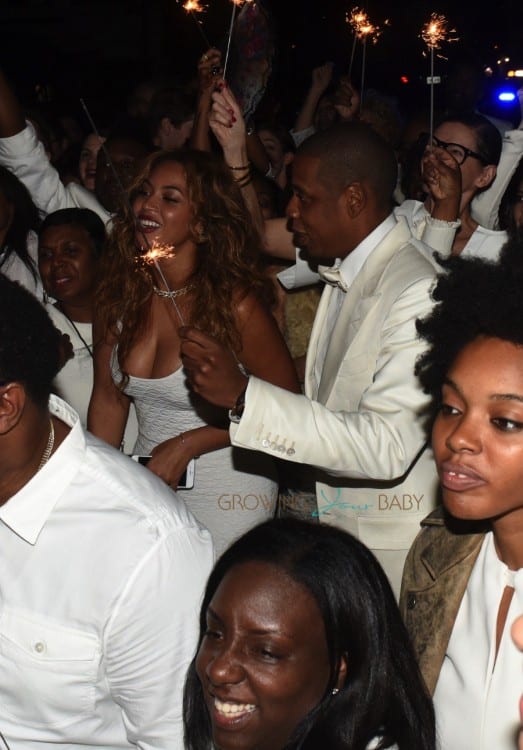