Home » The Royal Family Attends Trooping The Color in London

The British Royal Family was on hand on Saturday to celebrate Queen Elizabeth II’s 89th Birthday with Trooping The Color in London. 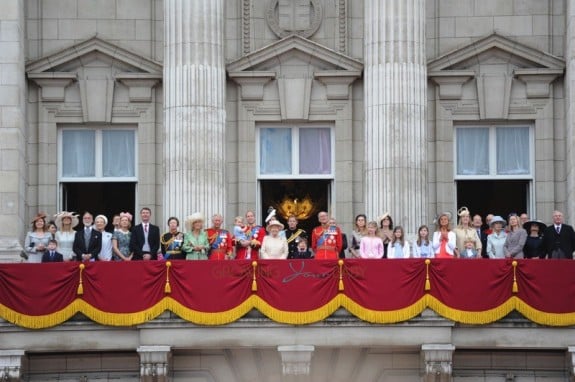 The ceremony dates back to the time of Charles II in the 17th Century, when the Colours of a regiment were used as a rallying point in battle, London, UK.

For the first time, Prince George attended the event wearing the very same jumper his dad wore in 1984.

The toddler was excited as 31 different aircrafts trailing red, white and blue smoke created a spectacular air display for the British monarch. 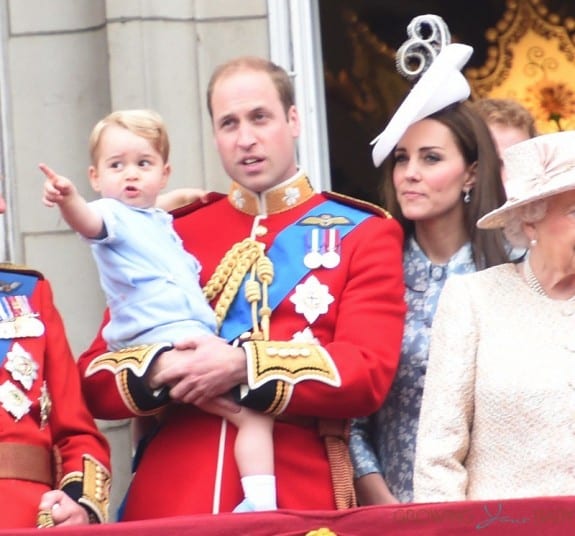 The event also marked the first time the Queen has been photographed publicly with her immediate heirs; Prince Charles, Prince William and Prince George. 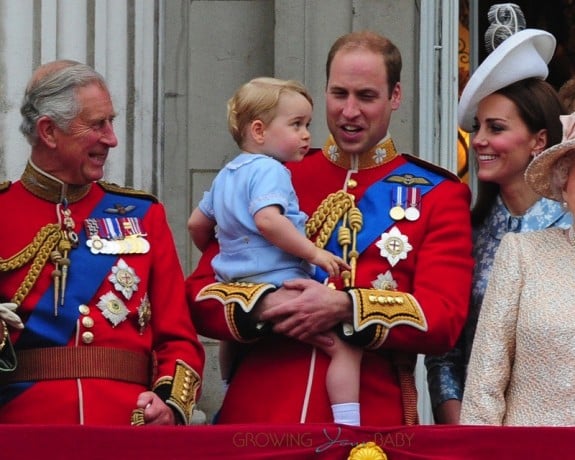 Not out for the celebration was 6 week-old Princess Charlotte.  The family released the first official photos of her last weekend, but we will hopefully catch another peek of her when she is christened on Sunday, 5th July at St Mary Magdalene Church, Sandringham. 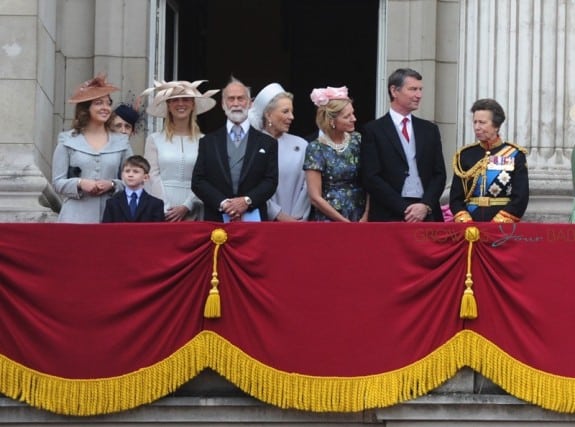