Home » The Urbans Touch Down in Sydney!

Jet setting couple Nicole Kidman and Keith Urban are on the move again! For the second time this year the couple has arrived in sunny Sydney Australia with their girls Sunday and Faith. 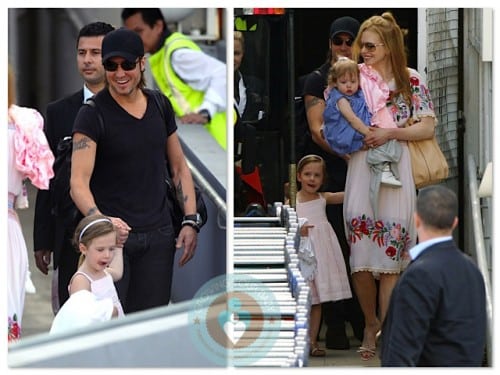 Keith is set to join Delta Goodrem, Seal and Joel Madden as one of the coaches on The Voice Australia, while Nicole is rumored to be in talks to film a movie in her home country.

Looking to stay for a while, it was reported last month that the pair had been involved in some “very important meetings” which will hopefully yield enough work so they can stay in Sydney until Christmas.

Sunday was all smiles as she headed to a waiting car with her dad.  Faith looked to be a bit tired, which is expected after a 14+ hour flight.  These girls are definitely pros!  This is their third long flight in a month.