In a very bold step forward, parliament has voted 328 to 128 in favor of making changes to the law that will allow three-person embryos through a technique called mitochondrial DNA transfer. Next month, if the House of Lords supports the change (which it is expected to), the UK will be the very first country to permit the making of embryos with genetic materials from three people: a man and two women. 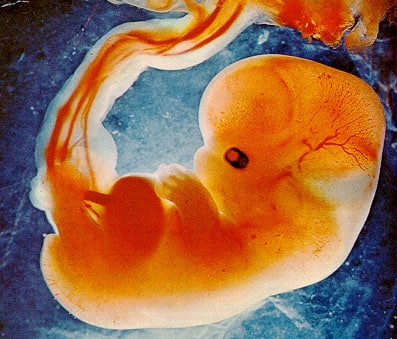 Mitochondria are like small powerhouses inside the body’s cells that can convert food into energy for the cell to function. Faulty mitochondrial DNA can affect tissues that have high energy demands, such as the heart, brain, muscles, liver, and kidneys. The end result can include loss of movement control, diabetes, epilepsy, heart problems, liver failure, muscle wasting, stroke-like episodes, and even death.

Around 2,500 women could benefit from mitochondrial donation in the United Kingdom, a leading medical journal recently found. And estimates say the use of the technology could result in the birth of about 150 healthy babies each year. Unfortunately, there are some groups not very fond of the technique. Their biggest fear is that it will open the door to other types of genetic manipulation. Others say that the procedure isn’t safe and that, in animal studies, faulty DNA was still transferred; the result could be an increase in the risk of cancer.

But the MPs who are supporting the change say that the benefits still outweigh the risks, and, as far as mitochondrial diseases go, the new procedure could be the “light at the end of a dark tunnel” for families.

“There are currently no means to treat devastating mitochondrial disease, which can cause muscle wastage, loss of vision, stroke-like episodes, and a premature death,” Robert Meadowcroft, chief executive of the Muscular Dystrophy Campaign, told Medical News Today. “Preventing inheritance, where possible, remains our only option, and that is why we have invested in a wholly support this pioneering technique.”