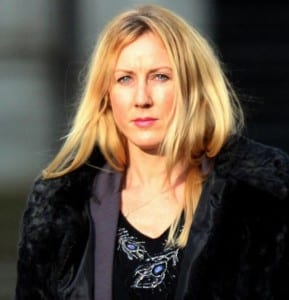 As parents, we are faced with the complete and total care of our children. This care becomes most important when our children are sick. For the majority of parents, this means treating strep throat or the flu or an ear infection. But for some, it means dealing with a life-threatening condition, like cancer. In these cases, parents must carefully weigh the treatment options – pros, cons and everything in between. I’ve never been there but I can just imagine how difficult that would be while still trying to come to terms with the diagnosis itself.

Sally Roberts, 37, learned that her seven-year-old son, Neon, had a high-grade, fast-growing brain tumor – a medulloblastoma. After hearing the news, Sally went to work, researching her son’s condition on the internet and contacting experts and specialists around the world – specialists and experts that Neon’s doctors later questioned the credentials of. Sally said she pursued these specialists because she didn’t trust the British experts after they had slammed her desire to pursue alternative treatments, deeming them “experimental and unproven.” Her mistrust was further fueled by her concerns about radiotherapy; she feared that the treatment would stunt her son’s growth, reduce his IQ, leave him infertile and damage his thyroid.

Sally’s concerns aren’t completely unfounded. While radiotherapy is designed to prevent cancer from spreading or returning after surgery, it can and often does damage nerve tissues and healthy brain cells. Long-term side-effects are more common in young children because their nervous systems are still developing.

So, rather than opt for the conventionally recommended treatment of surgery and radiotherapy, Sally wanted to try alternative treatments like immunotherapy (a treatment that is supposed to naturally stimulate the body’s immune system to help it fight off cancer cells) and photodynamic therapy (a treatment that uses a photosensitizing agent and a source of light to kill malignant cells). Her desire to pursue these treatments was so strong, in fact, that she actually went into hiding with her son for four days.

Sally’s decision attracted a great deal of publicity, partly because of the aggressiveness of Neon’s tumor. Doctors said that, without radiotherapy, Neon would most likely die within three months. Because Sally and Neon’s doctors couldn’t see eye to eye, Neon’s treatment was left up to the courts.

Earlier this week, a judge ruled that Neon could undergo emergency surgery to remove the tumor – a surgery that had failed to work back in October. But doctors said that Neon needs more than just surgery; he also needs radiotherapy. According to the Press Association, Judge David Bodey agreed with the doctors and told the High Court in London that the life-saving therapy should start, despite Sally’s decline of treatment.

“The mother has been through a terrible time. This sort of thing is every parent’s nightmare,” Judge Body said. “But I am worried that her judgment has gone awry on the question of the seriousness of the threat which Neon faces.”