Home » US Government Questions Safety of Plastic in Baby Bottles 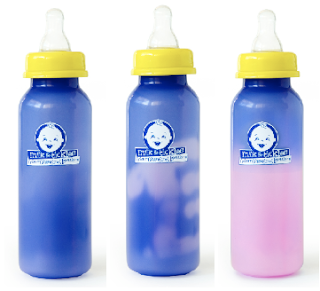 Just weeks after the Food and Drug Administration declared Biosphenol A safe in baby bottles, the US Government toxicologists have reiterated safety concerns about a chemical.

A report issued Wednesday said there is “some concern” that bisphenol A can cause developmental problems in the brain and hormonal systems of infants and children.

The conclusion from the National Toxicology Program repeats initial findings issued in April. The group — which includes scientists from the National Institutes of Health and other agencies — said bisphenol’s risks to humans cannot be ruled out, but acknowledged its concerns are based on the findings of studies on animals.

The American Chemistry Council, which represents plastics manufacturers, stressed that studies from animals provide “limited and inconclusive evidence.” The group has spent the last year defending the safety of bisphenol from new concerns about the risks of plastics to children.

Bisphenol is a plastic-hardening chemical used to seal canned food and make baby bottles. After more than a year of complaints from consumer and parent groups, the FDA has agreed to revisit the chemical’s safety. The agency last month said the trace amounts that leach out of food containers are not a threat to children or adults.

But the toxicology group said that may not be true.

“More research is clearly needed to understand exactly how these findings relate to human health and development,” said Michael Shelby, who directed the group’s report. “But at this point we can’t dismiss the possibility that the effects we’re seeing in animals may occur in humans.”