Home » Victoria Beckham & Her Crew Shop At The Grove

The Beckhams love LA.  The famous family, who recently moved back to London after living in Los Angeles for 5 years, was photographed spending the afternoon shopping at the Grove. 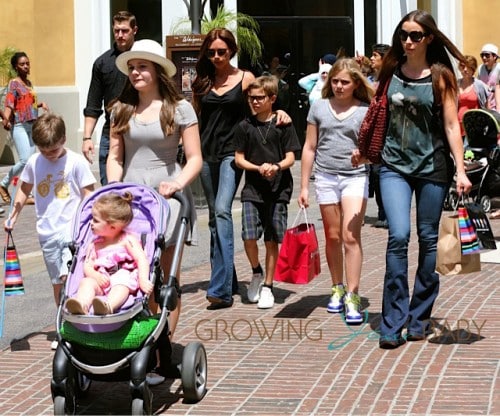 Victoria and her children were joined by Gordon Ramsay’s wife Tana and her girls.  Megan Ramsey pushed Harper in her stroller while Victoria trailed behind with Cruz and Romeo. 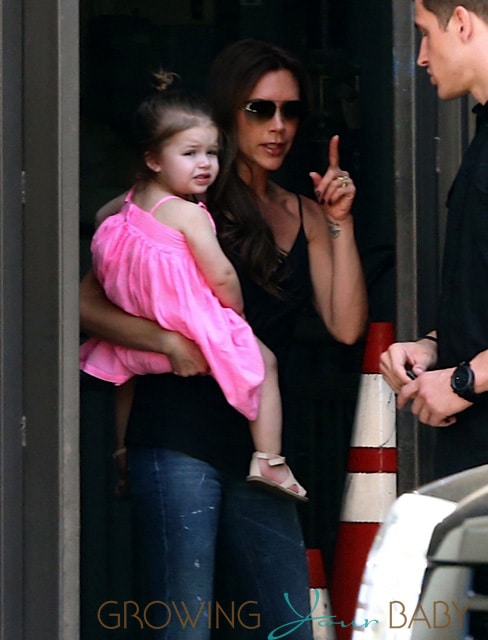 The designer’s husband, David Beckham, remained in France with his team as they played their last game of the Season.  Sidelined by a thigh injury, the footballer lived out his final professional game on the bench.  Two weeks ago he announced his retirement.  Last week he celebrated his last active game with the team with his family by his side.

It has been reported that David ended his career to spend more time with his family.  If that is the case he will likely join them in Sunny California for some R&R.