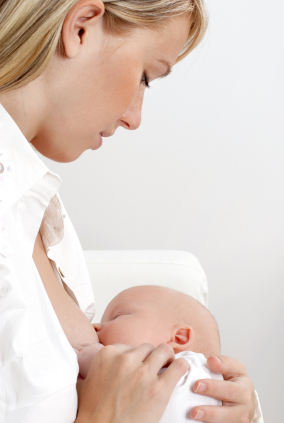 Walmart is apologizing to a B.C. mother after she was asked to move to a washroom when she started to breastfeed in public at one of the chain’s department stores.

Tanya Constable was at a Walmart store in Langford, British Columbia, yesterday morning when, her 11-month-old daughter, Myra, started to cry.

When she stopped to breastfeed the child, she was approached by an employee of the store.

“You can’t be here,” Constable, 27, said a female employee told her, suggesting she breastfeed in the washroom instead.

Constable, a child-care worker on maternity leave, asked to speak with a manager.

“The manager said that if someone complains, the store’s policy is to ask them to move,” she said.

According to Constable, there were no other customers in the baby section where she was nursing who could have complained. She left the store.

Kevin Groh, director of corporate affairs for Walmart Canada, apologized on behalf of the store, saying that for the employee to suggest that Constable move to a washroom or change room was wrong.

In fact, Groh said, Wal-Mart’s policy for years has been “absolutely black and white.”

“Customers can breastfeed in whatever manner they see fit anywhere in the store.”

Groh said Friday’s incident was a result of miscommunication. The employee who initially approached Constable did so not because she was breastfeeding, but because she was doing it on a rocking chair meant for display purposes only, he said.

He then went on to say he will be reminding their staff across Canada of the company’s policy.

Maybe they should also install nursing rooms, like some other stores have.