Home » Want To Increase You Chances Of Getting Pregnant? Skip Fast Foods!

It is estimated that about 10 percent of women (6.1 million) in the United States between the ages 15-44 have difficulty getting pregnant or staying pregnant, according to the Centers for Disease Control and Prevention (CDC). 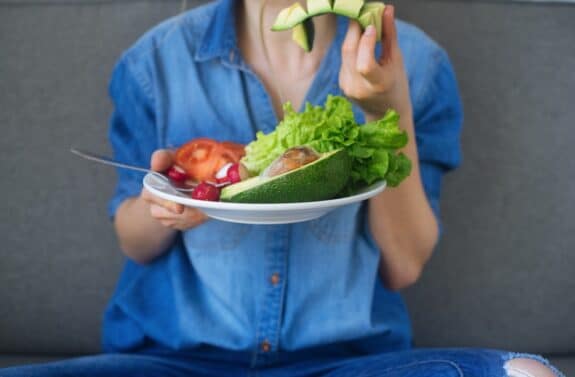 And while there are often bigger, more complex issues at play a good diet is the cornerstone for creating a healthy environment for a fetus to thrive it. Women who eat more fast food and eat very little fruit take longer to get pregnant than women who include several portions of fruit in their daily diets, a study published Friday in the journal Human Reproduction.

For their study, Jessica Grieger and her colleagues examined data from 5,598 pregnant women who were in their first pregnancies from Australia, New Zealand, the UK and Ireland.

“Small modifications in dietary intake may have benefits for improving fertility,” Grieger, a post-doctoral research fellow at the University of Adelaide wrote. “Our data shows that frequent consumption of fast foods delays time to pregnancy.”

During each woman’s first prenatal visit(between the 14th and 16th weeks of pregnancy) midwives collected information. They asked how long it took to become pregnant and diet details from the month before conception and focused on how frequently they ate fruit, green leafy vegetables, fish and fast foods: burgers, pizza, fried chicken and fries purchased from takeout or fast food outlets.

It was noted that the amount of green leafy vegetables or fish a woman consumed before they became pregnant did not affect the timing.

A weakness they listed was they did not look at the father’s diet – just them moms.

“A recent review on male diet and fertility markers indicated that higher intake of fruits and vegetables was associated with increased sperm motility whereas a higher intake of fat-rich foods and sweets may decrease semen quality,” Grieger and her co-authors wrote.

Cutting out the low nutritional foods early will set your baby up for success as they grow. The most crucial fetal development happens within the first couple weeks of conception so ensuring you are supplying the baby with all of their nutritional needs will reduce the chances of congenital abnormalities.