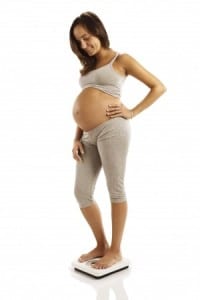 Countless studies have highlighted the drawbacks to weight problems prior to and during pregnancy, but few have truly put a dollar sign on how much these issues cost. A recent study, published in BJOG: An International Journal of Obstetrics and Gynecology did just that in their analysis of nearly 110,000 women in Scotland between 2003 and 2010.

“We know that maternal obesity is a major cause of ill health in pregnancy in the UK, significantly increasing the risk of adverse medical outcomes, such as gestational diabetes, hypertensive disorders and admissions for specialist care,” Mike Marsh, BJOG deputy editor-in-chief told The Guardian. “This study confirms these risks and, in addition, highlights the financial burden to the NHS of obesity in pregnancy.”

According to the study authors, women with a higher body mass index (BMI) – the measurement that relates weight to height – are at a higher risk for hypertension (high blood pressure during pregnancy, which can lead to further complications) and gestational diabetes, which can affect both mother and baby. Those that are severely obese (BMI of 35 or higher) are at a threefold risk for both health issues.

Women who are underweight aren’t without risks either. Though the study did not highlight any additional risks for gestational diabetes or hypertension during pregnancy because of being underweight, the researchers did find that they were 8% more likely to be readmitted to the hospital with problems after birth than those that maintained a normal weight during pregnancy.

All of these health problems are costing the NHS millions, the study authors say. If the NHS wants to cut the costs, the study authors say it may be best done by helping women attain a healthy weight prior to pregnancy. For example, they say that a 5% normal weight increase in the general population could result in a reduction in the proportion of overweight and obese pregnant women of about 2.5%. If you extend the drop in admission costs to the UK population as a whole, “the anticipated cost savings to the UK for inpatient admissions alone would be £12,702,278.” In addition, the long-term health of both mothers and babies would improve, saving the NHS even more money over time.

“It is vital that women understand the importance of maintaining a healthy weight prior to conception to reduce the risk of future pregnancy complications, the need for specialist care and the resulting cost to the NHS,” Marsh concluded.