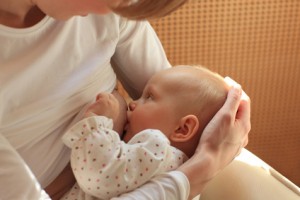 A new study out of North Carolina has found that young mothers have the highest amounts of flame retardant chemicals in their breastmilk.

Flame retardant chemicals, known as PBDEs, are found in almost every item within the home. Furniture, electronics, and carpeting all contain significant levels of PBDEs in order to protect from fire. Most people have traces of these chemicals in their blood from dust and food that contain traces of PBDEs. Some pollutants have been shown to decrease the longer a woman breastfeeds, however this has not been the case with flame retardants. Levels at one year after birth are the same as levels three months after birth.

The effects of these chemicals on humans is not yet fully understood. Studies done on rats have linked PBDEs to hyperactivity, poor memory, and thyroid issues. PBDEs have in banned in Europe and some U.S. states. Summer, Staff Writer