In an interview with Fox News Latino, a 31-year-old Honduran woman spoke out about the birth and condition of her baby girl who has defects linked to the zika virus. The baby was born via c-section on Tuesday and has microcephaly, a birth defect with a very poor prognosis. The infant has a partially developed brain and head, as well as intestinal and visual problems. 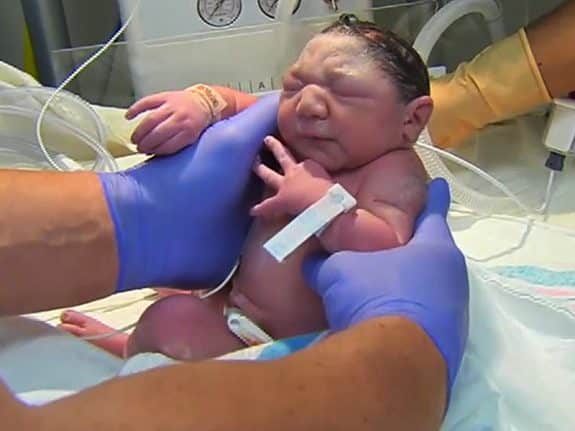 The unnamed woman gave birth at Hackensack University Medical Center after eventually being diagnosed with zika virus in Honduras and traveling to New Jersey, where she has family, for further treatment.

Her initial symptoms were underestimated by Honduran doctors. When a fever and rash appeared in December she told her physician that she thought it was an episode of allergies. She also had a low-grade fever that lasted for only a few hours. The woman did not exhibit other typical zika symptoms, such as pain and redness in her eyes. An ultrasound early in the pregnancy was normal, and her doctor assured her everything “looked fine,” saying “I don’t think you will be affected.”

The young mother suspects she contracted the virus through a mosquito bite.

Scientists are still trying to determine how risky a Zika infection is for pregnant women. Last week, CDC researchers estimated that the risk of microcephaly is in the range of 1 percent to 14 percent.

This week the World Health Organization stated that if the male partner in a couple planning pregnancy has symptoms of virus, the pair should wait 6 months before trying to get pregnant.