Home » Above All Else, Babies Remember a Good Time

Whether you’re spending quality play-time with your baby or stressed out to the max, it’s hard not to wonder whether or not your baby will remember anything of the time you spend together. A new study suggests that, while they may not remember the exact memory formed, it is very possible that they will remember the positive feelings that the “good times” bring. 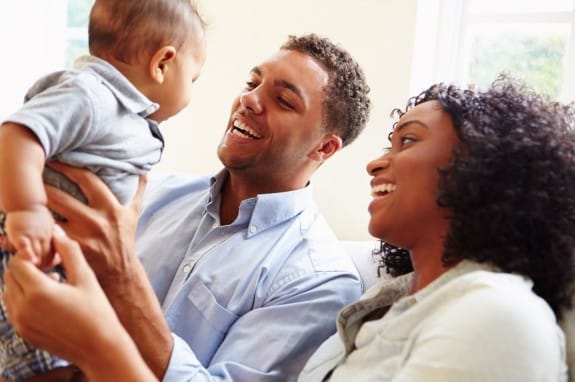 “People study memory in infants, they study discrimination in emotional affect, but we are the first ones to study how these emotions influence memory,” Ross Flom, BYU psychology professor and lead author of the study, told Science Daily.

Flom and his colleagues studied five-month-old babies to determine how positive emotions affected memory. Of course, five-month-olds can’t really talk, so they had to get a little creative in how they tracked results for the Infant Behavior and Development published study.

A flat paneled monitor in a closed off partition was set up for each baby. On the screen, the babies watched a person on the screen. That person spoke to them with either a happy voice, a neutral voice, or an angry voice. Immediately after the emotional exposure, the infants were shown a geometric shape.

To test memory, researchers did follow-up tests with the infants 5 minutes later, and again one day later. During those tests, the babies were shown two side-by-side geometric shapes: the original one from the emotional exposure, and a new shape.

Researchers recorded how many times a baby looked from one image to the next, and how long they spent looking at each image. This enabled them to test whether or not the babies remembered the original shape.

“We think what happens is that the positive affect heightens the babies’ attentional system and arousal,” Flom said. “By heightening those systems, we heighten their ability to process, and perhaps remember, this geometric pattern.”