Home » Are You Concerned The Government Is Storing Your Baby’s DNA? 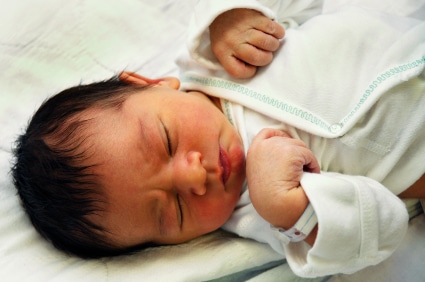 When Annie Brown and her husband from Minnesota first came to know through their pediatrician about their one month old baby Isabel having been genetically tested, they were totally surprised.

The Browns had never asked for genetic testing to be done on their daughter, but it was done, in spite of that. In fact, newborns in United States are all tested for a panel of genetic diseases mandated by the government without parental consent in almost all cases.

What was more surprising to the Browns was that is states like Florida; these DNA samples are being stored indefinitely. “We were appalled when we found out,” says Brown, who’s a registered nurse. “Why do they need to store my baby’s DNA indefinitely? Something on there could affect her ability to get a job later on, or get health insurance.”

Like the Browns, many parents in others states like Texas and Minnesota have raised their concern over the issue, but it seems it is the States overriding interest in protecting the babies that is the reason for DNA storage.

According to the government, the tests on the DNA can be repeated from time to time and can help parents look for missing or deceased kids. It can also aid in medical research where the researchers do not have to have parental consent to obtain samples as long as the baby’s name is not attached.

“ Parents don’t need to worry about the privacy of their babies’ DNA.The states have in place very rigid controls on those specimens.If my children’s DNA were in one of these state labs, I wouldn’t be worried a bit.”

While parents are aprehensive about their babies blueprint being stored in this way, scientist think the DNA collection is like a ‘Gold mine’ of information, aiding them in research, which is not otherwise possible to obtain.

In some states, including Minnesota and Texas, the states are required to destroy a baby’s DNA sample if a parent requests it, but in others there is no definite rule and therefore the debate over the benefit or the risk of the DNA storage continues. – Atula, Staff Writer