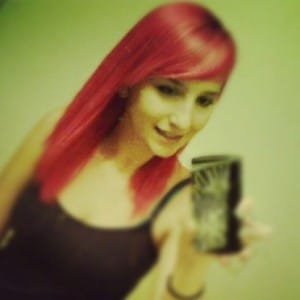 A one-month-old baby is in protective custody after he was found abandoned in the middle of the street, still strapped into his infant seat.

According to witnesses, the baby’s mom Catalina Clouser had been smoking marijuana with her boyfriend and some friends, when the couple left to go buy beer.

The boyfriend was pulled over on the way to the store and arrested for aggravated DUI after police determined he was driving impaired with the baby in the vehicle.

Upset over his arrest, Clouser reportedly drove to the witnesses’ home and smoked more marijuana. Shortly after midnight she then headed home with her baby asleep in his car seat.

For some reason she placed the infant seat on the roof of her car and drove away with the baby STILL on the roof. Police were called to the area after the baby was found sitting in a car seat in the middle of the road.

Once home she realized her mistake and called her friends to see if they could help her find the baby.  She eventually returned to the scene, admitted to forgetting the baby and was arrested and taken to jail.

‘The car seat was damaged. There were scrapes on the car seat, obviously from a fall.’

‘Of course initially we thought the baby had been tossed from a car or something,’ Officer Holmes said, ‘but it turns out that that’s not the case.’

Officers with the Phoenix Fire Department rushed the baby to a local hospital where he was reported to be ‘perfectly OK’.