It is estimated that 40 kids in the United States die from being forgotten in hot cars. Often forgotten, some parents leave their children in the car out of convenience, a move that is both life threatening and senseless.

One baby is lucky to be alive after being discovered in the back of her mom’s car on a hot day. 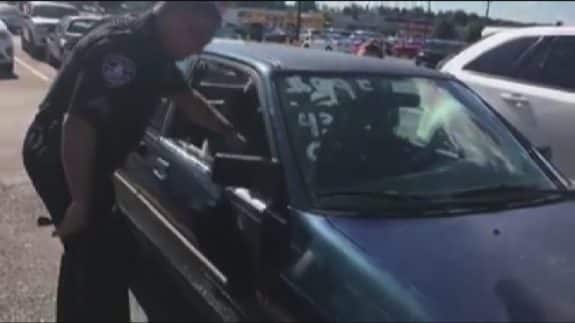 The Police affidavit said the four-month-old was left alone in the car of a Walmart parking lot Monday afternoon for over two and a half hours without food or water.

A bystander flagged down Officer Hackworth, who then broke a window to rescue the baby.

Sweating and crying, the baby was taken to Deaconess Hospital for treatment and is now in the custody of Child Protective Services. 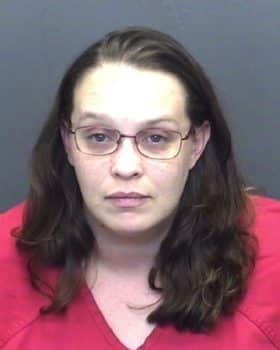 Officers told 14 News the baby’s mother, 35-year-old Kelly Decorrevont, “did not seem very remorseful” when approached by police about he baby’s condition. She told police she didn’t realize her son was even in the car and blamed her teen daughter for putting the baby in the car without her knowing.

While she was being arrested, police found a burnt cigarette in her purse that tested positive for marijuana, which they say she admitted to smoking.

Decorrevont is currently in Vanderburgh County jail and will appear again in court on Friday when formal charges will be filed.  She was charged with child neglect and possession of marijuana.