Three-year-old Han Han was born with hydrocephalus, a condition that caused her skull to grow approximately four times the size it should have been. But the real problem wasn’t the size (even though it did keep her from being able to lift her head, sit up, crawl, or walk). No, the real problem for this baby was that 85 percent of her brain had filled with fluid, and it was putting pressure on her brain. She was also suffering from a thinning skull and poor blood supply. 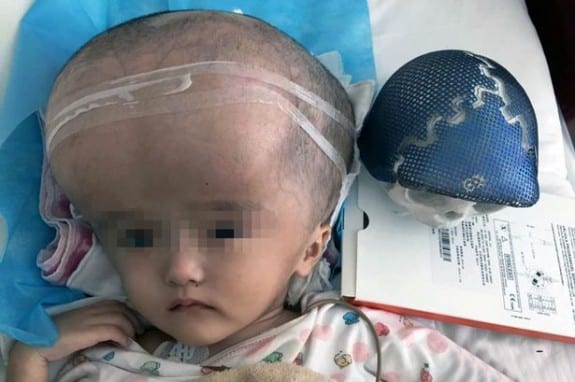 Han Han’s doctors and father knew that something needed to be done, and quickly. Unfortunately, the originally predicted costs (400,000 to 500,000 Chinese yuan) were prohibitive for the family. They were able to collect 100,000 from family and friends, but then when Han Han’s mother left when she was about a year old, her father was left to cover the anti-inflammatory drugs she needed to survive. But eventually, the kindness and generosity of complete strangers ended up saving Han Han’s life. 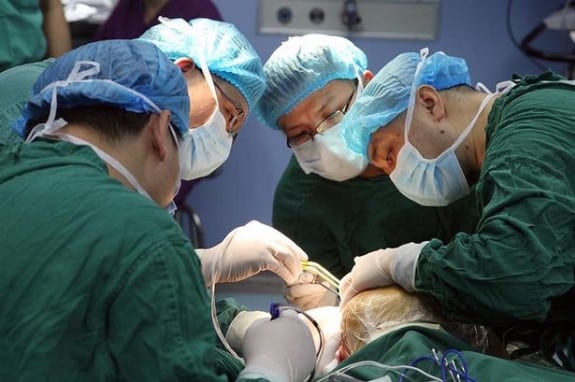 After online donations had managed to cover all of the surgical costs for Han Han, doctors pulled her in for special 3D printing technology to create a meshed titanium alloy skull that would be implanted during a 17-hour operation at Second People’s Hospital. They were able to effectively remove her scalp and skull, reposition her brain, remove the excess fluid, and place the titanium implant. In fact, the surgery turned out to be a huge success. 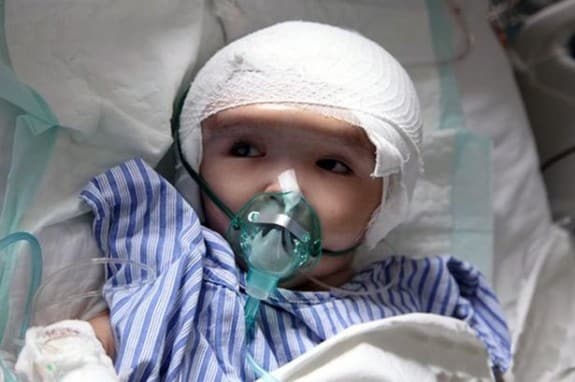 Shortly after the procedure was finished, little Han Han opened her eyes and started breathing unassisted. From there, she was transferred into the ICU for recovery. And, much to her family’s relief, she continues to do well and should make a full recovery. In fact, it doesn’t even sound as if any further surgeries will be needed. Her doctors say that, as she continues to grow, the mesh skull should become surrounded by her own bone and actually strengthen the top of her skull.