Isabelle Braiden is only 10-weeks-old, but the tiny baby has been in the pediatric intensive care unit for more than a month after contracting whooping cough and needed to be on a ventilator for weeks. 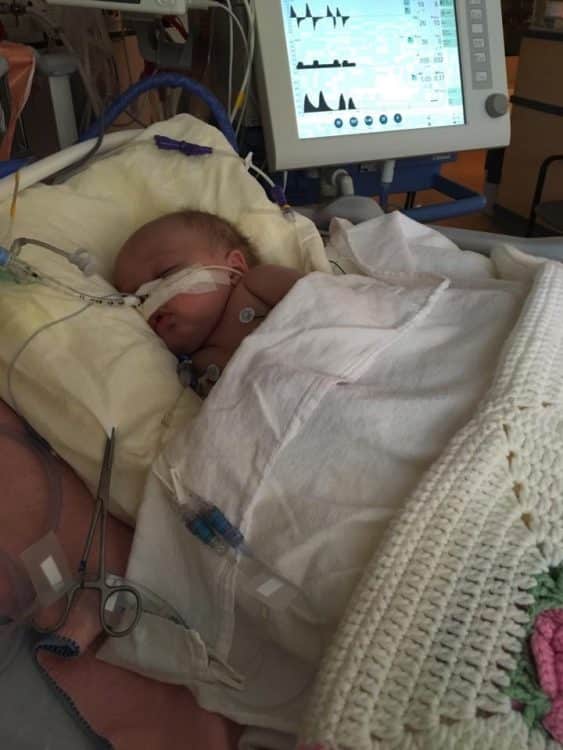 Whooping cough (pertussis) is a highly contagious respiratory tract infection that can cause babies to stop breathing. Prevention is mainly by vaccination with the pertussis vaccine, but because the recommended age is between six and eight weeks of age, Isabelle hadn’t yet been vaccination against the disease when she contracted it.

In a post on Facebook her mom, Annie Mae Braiden, shared her scary experience and urged parents to Vaccinate their children in order to prevent another family from going through this tragedy.

In a post that has been shared more than 26,000 times Annie Mae said,

“So I wasn’t going to do this, but I think people need to see what not vaccinating their kids do to the OTHER kids, like my 6 week old daughter. Isabelle has been in the PEDS ICU since she was 6 weeks old (now 10 weeks) with whooping cough. She was on a ventilator for 3 weeks and CPAP for 3 days (she was the lucky baby, the other ones have been ventilated for months) and we’re still facing another 2 months in the hospital. She has to learn how to eat all over again, she’s going through major withdrawals from the morphine and sedative she was on when she was ventilated, do you know how hard it is to watch your 10 week old go through withdrawals??!! We were hours away from losing her, the nurse picked her up and ran her down the hall to the ICU to get her ventilated because we were losing her. What you do with your kids is your choice but do not tell me that not vaccinating your kids isn’t hurting anyone but your own kids, Isabelle is proof that it harms the other little babes who aren’t old enough to get their vaccines yet. My son is vaccinated to protect himself and the other kids he’s around. It never crossed my mind to not vaccinate, I want to protect my children and other children. Please vaccinate your kids, it’s not fair that my little girl is in the PICU coughing and not being able to breath from a disease that shouldn’t be around in this day an age.” 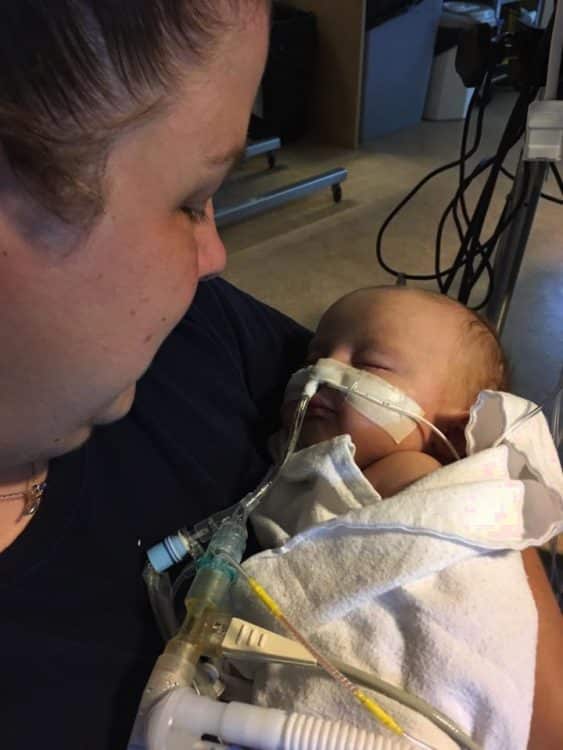 Over the past few decades the anti-vaccination movement has grown, following a 1998 study that was conducted by Andrew Wakefield and his associates that linked the measles, mumps and rubella (MMR) vaccine, and the appearance of autism and bowel disease.

Despite his findings being discredited by the medical community, the damage had been done and many parents were either delaying their children’s vaccinations or not having them done at all.

This has lead to diseases, that were once thought to be wiped out, making a comeback. Sadly, infants are the most at risk because they are so vulnerable in the first few weeks after they are born and not covered by the inoculation.

Jeff Bishop, a pediatrician who is treating Isabelle at Victoria General Hospital, says whooping cough is incredibly infectious and spreads easily through contact with anyone who is inadequately vaccinated. 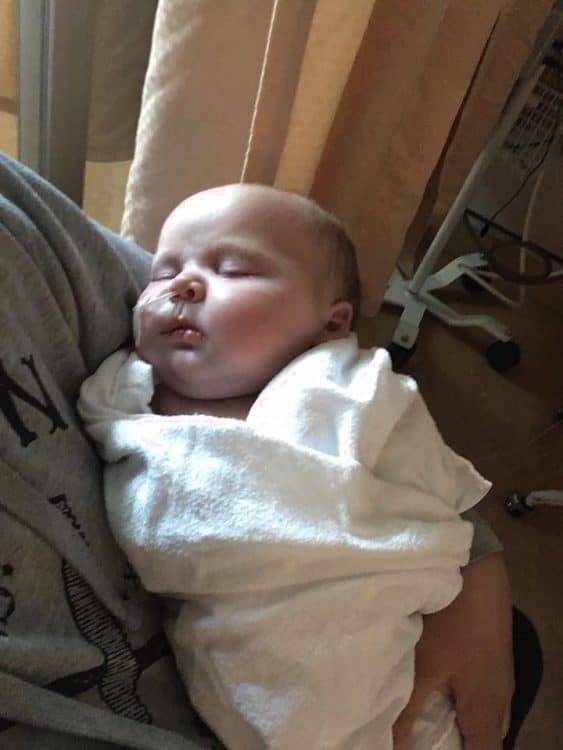 The hospital, he says, has treated more children with whooping cough than usual and says there have been some deaths during the past five years.