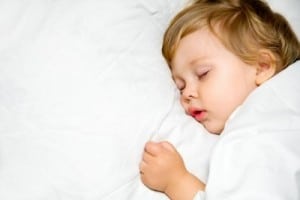 Bedwetting is an issue for many children and parents invest a lot of money in bed alarms, night-time underwear, mattress protectors, medications and surgery. But a study, conducted by the Wake Forest Baptist Medical Center, reveals that the cause for bedwetting is often linked to constipation, not bladder problems.

Evidence of constipation being the cause of bedwetting was first discovered in 1986, but for whatever reason, the research didn’t lead to a significant change in medical treatments for the condition. Lead researcher of the most recent study, which included 30 different children between the ages of 5 and 15, says that the lack of change may have something to do with misconceptions about constipation.

“These questions focus on functional constipation and cannot help identify children with rectums that are enlarged and interfering with bladder capacity. The kind of constipation associated with bedwetting occurs when children put off going to the bathroom,” Hodges stated, adding, “The definition for constipation is confusing and children and their parents often aren’t aware the child is constipated. In our study, X-rays revealed that all the children had excess stool in their rectums that could interfere with normal bladder function. However, only three of the children described bowel habits consistent with constipation.”

The good news is that Hodges and his team believe they have found an effective form of treatment for most bedwetting issues – laxative therapy.

Out of the 30 children that participated in their study, 25 were effectively treated with laxative therapy. Bedwetting problems dissipated within just three months.

“We believe that treating [constipation] can cure bedwetting,” Hodges stated. “The importance of diagnosing this condition cannot be overstated. When it is missed, children may be subjected to unnecessary surgery and the side effects of medication. We challenge physicians considering medications or surgery as treatment for bedwetting to obtain an X-ray or ultrasound first,”

So this is good news for parents that are up to their ears in soiled bed sheets! But be forewarned; Hodges and his team say that many of the cases treated may have improved on their own. Additionally, they say that parents should never try to treat their children with laxative therapy on their own. The supervision of a medical practitioner should always be used when treating potential constipation problems in children.