Bethenny Frankel and her boyfriend Michael Cerussi opted for sand over snow as they head into the new year.  The couple was photographed enjoying some down time at the beach with Bethenny’s daughter Bryn in Miami on Tuesday. 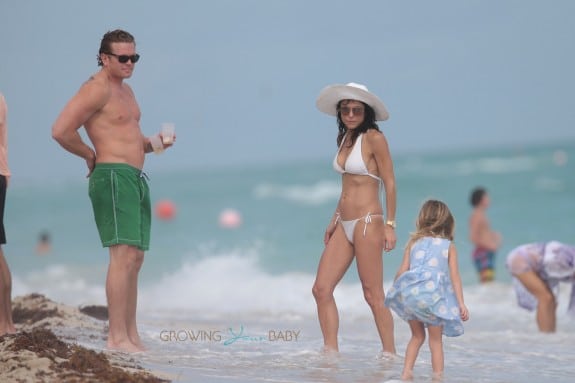 The reality star showed off her fit frame in a two piece white bathing suit, while Bryn played in the sand and surf in a blue sundress. 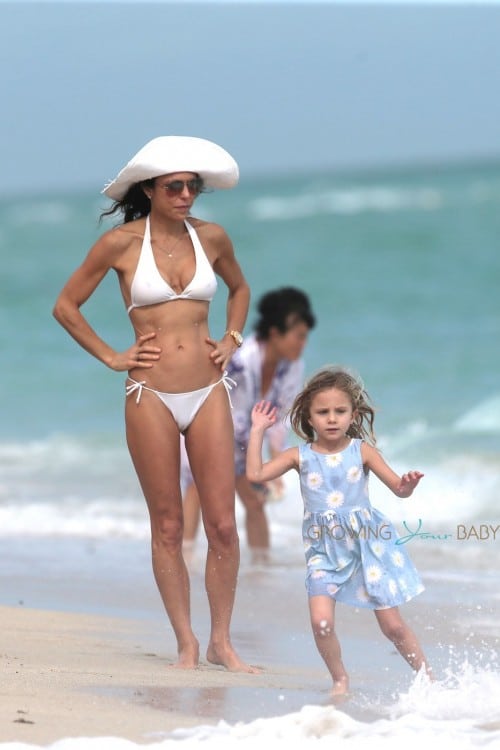 Bethenny recently returned to her roots and re-joined the cast of the Real Housewives of New York for the for the show’s seventh season.  Off for three seasons, she said in a statement,

“I’m genuinely excited, with a side of slightly nervous, for my return to The Real Housewives of New York City.  Bravo has always been the place on television where I have the freedom to be unfiltered, honest and inappropriate, with an audience who has been with me from the beginning. I can’t wait to see what this next chapter brings for all of us. Watch what happens!”

Could she be filming scenes for the show while in Miami?  Her co-star Ramona Singer and former cast mate Kelly Bensimon were also spotted hanging out beach side as well! 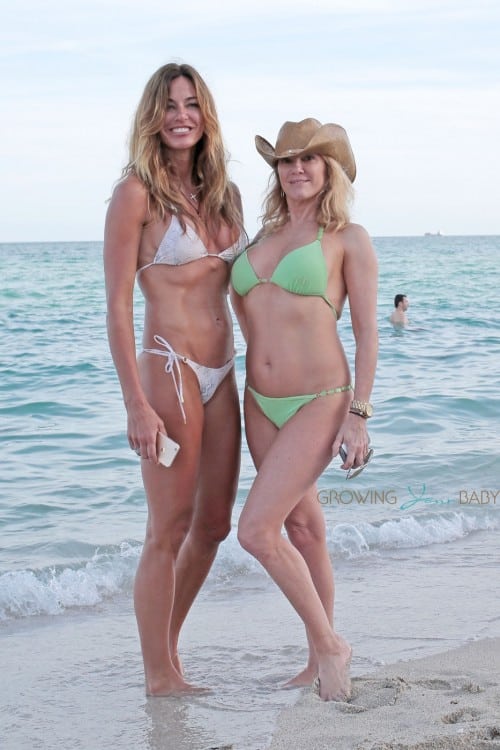