Actress Charlize Theron was photographed out on Saturday taking her son, Jackson on for trip to Rock N’ Cuts for a trim in Beverly Hills, California. 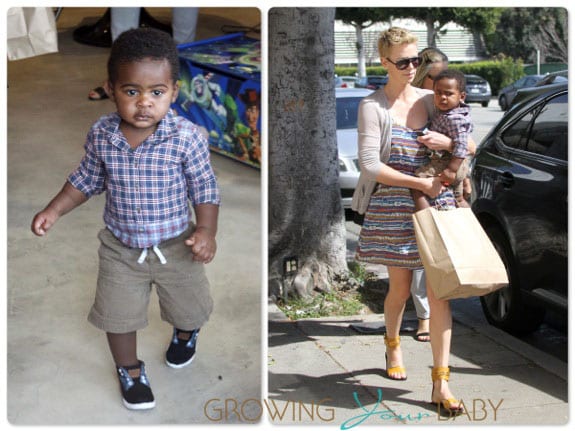 The actress was joined by her mom Gerda, who couldn’t resist taking pictures of her adorable grandson in his red convertible! 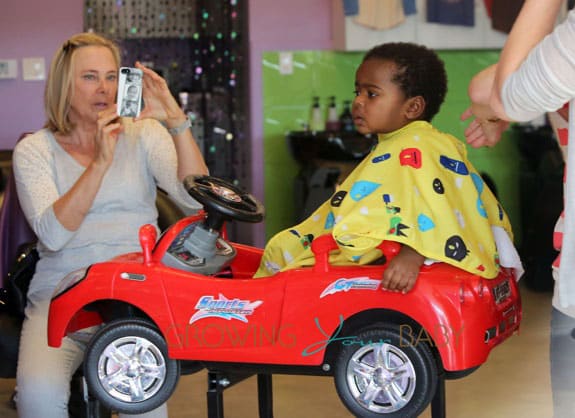 It has been almost a year since Charlize adopted Jackson and that year, she told E!’s Mark Malkin, has been great.

“It’s so low maintenance, and having a kid, you need as much time as you can get.”

Motherhood definitely agrees with the actress.  But does she want more?

But Charlize laughs, “She’s always asking me when.”