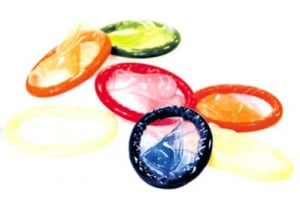 When you don’t want a baby just yet, some form of contraception is needed to prevent pregnancy from happening. For many couples, contraception comes in the form of female birth control, but it’s not an option that works for everyone. In these instances, there are few options left.

Spermacide, a product used vaginally, can help decrease the chances of becoming pregnant, but some experts suggest that condoms should also be used, if spermicide is the contraceptive method of choice.

Condoms have been found to be 98 percent effective at preventing pregnancy and preventing the transmission of sexually transmitted diseases. Like all forms of birth control, however, condoms must be used correctly to receive pregnancy preventing benefits.

Unfortunately, a recent study that represents condom usage problems from 14 different countries revealed that many couples are using condoms incorrectly. In fact, researchers suggested that most condom breaks are the result of improper use of a condom. Yet, very little information has been made available about the common errors couples make when using a condom.

“We chronically underestimate how complicated condom use can be,” said co-author Professor Richard Crosby of the University of Kentucky. “It involves the use of a condom while negotiating the condom use and sex with a partner, all at the same time.”

The study highlighted many condom usage errors, including removal of the condom before sex was over, not putting the condom on until sex had already started, not checking the condom for damage before use, not removing air after it was applied, applying the condom wrong-side-out, not using lubrication, not leaving adequate space for semen in the tip and incorrectly unrolling the sheath during application.

The percentages of each type of incorrect usage varied greatly, due to the fact that the studies were conducted on such a wide range of people – from monogamous married couples to sex workers – and over such a large population. It was quite clear, however, after looking at the data, that more education is needed when it comes to correct condom usage. Better instructions on the packaging could prove to be beneficial as well.

The following tips can help clear up any usage misconceptions you may have about condoms:

Remember, all it takes is one accident, at the right time, to create a baby. If you’re not ready to have one, then correct usage of all contraceptive devices is imperative.