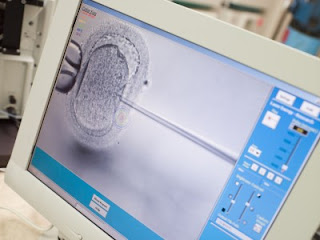 A state appellate court has decided that frozen sperm left behind by a deceased Sacramento County sheriff’s deputy cannot be used by his widow to become pregnant.

The deseased widow Iris Kievernagel, had petitioned the court for the rights to conceive a child from her late husband’s frozen sperm.

Iris’s husband Joseph died in a helicopter crash July 13, 2005. He was responding to a burglary call when it went down near Lake Natoma, slamming into a hillside and rolling down a ravine.

According to the court’s opinion, issued Thursday, the Kievernagels were happily married for 10 years prior to the helicopter crash. The court noted, however, that Joseph Kievernagel “was opposed to having children, but agreed to the fertility procedures due to Iris’s strong desire for children.”

The couple had contracted with Northern California Fertility Medical Center to perform in vitro fertilization so that Iris Kievernagel could conceive.

Joseph Kievernagel also signed the center’s consent agreement that provided that the sperm was his sole property.

The agreement, according to court documents, also offered two options if Kievernagel were to die: donate the sperm to his wife or discard the sperm.

A box indicating the sperm should be discarded upon his death was checked and Joseph Kievernagel initialed it.

The Superior Court verdict was that Joseph Kievernagel’s intent was to have his frozen sperm discarded. His widow appealed, saying her late husband didn’t even read the sperm bank’s agreement and that he had intended to have a child with her.

But the state appeals court said “the material at issue is Joseph’s sperm, not a preembryo” and only Joseph has ownership.

This is a very sad situation. First she looses her husband and now she looses the fight to have his child. It probably would have been very comforting to her to know that her husband would live on in the form of a son or daughter. SOURCE