Home » CPSC: Fireworks-Related Injuries Increased By More Than 30% in 2013

As we head into the fireworks weekend in Canada and the United States, the CPSC is urging consumers to celebrate safely.  A new study issued this week highlights the importance of safely handling and activating of these colorful explosives after it revealed a steep increase in the number of fireworks-related deaths and injuries in 2013 over the previous year. Device malfunction and improper account for the majority of the injuries. 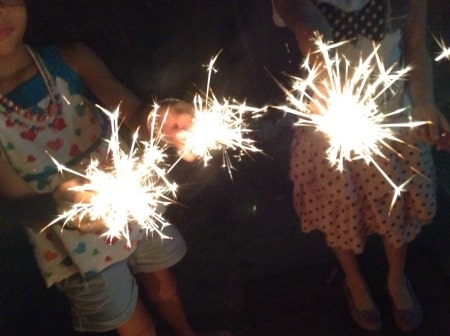 For the study the CPSC staff reviewed fireworks incident reports from hospital emergency rooms, death certificate files, news clippings and other sources to estimate deaths, injuries and incident scenarios. They found that injuries were frequently the result of the user playing with lit fireworks or igniting fireworks while holding the device. Devices that malfunctioned or those that did not work as expected, including injuries due to errant flight paths, devices that tipped over and blowouts were also reported as for causes for injuries.

“CPSC works year-round to help prevent deaths and injuries from legal and illegal fireworks,” said Acting Chairman Bob Adler.  “We engage the fireworks industry, monitor incoming fireworks shipments at the ports, and enforce federal safety rules, so that all Americans have a safe Fourth of July.”

Last year, children younger than age 5 experienced a higher estimated per capita injury rate than any other age group. Less powerful items such as sparklers and bottle rockets are often thought of as being safe for kids to handle, when, in fact, these products accounted for more than 40 percent of all estimated injuries.

CPSC and CBP staff sampled and tested a select number of imported fireworks in 2013. Of those tested, 33 percent were noncompliant with federal regulations. Violations most often involved overloaded report composition and failure to meet fuse burn-time requirements. These violative devices never reached the shelves of American stores or fireworks stands.

Consumers who are planning to purchase and set off legal fireworks are urged to take the following safety steps: