A Dutch IVF treatment center has admitted that 26 women may have been fertilized with sperm from the wrong man between April 2015 and November 2016 due to a “procedural error.” 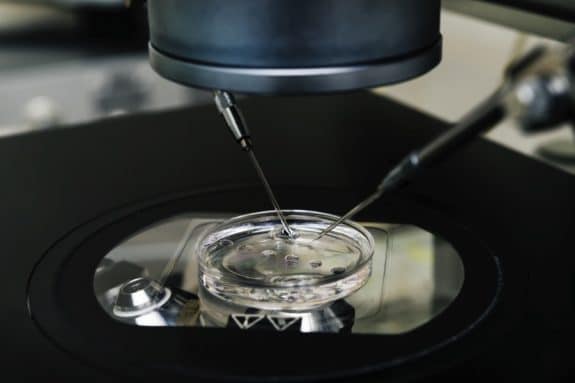 The announcement came as a shock to couples who had received treatment at Utrecht Medical Centre, especially since half of those couples are pregnant or already have children.

In their statement, the centre said “The UMC’s board regrets that couples involved had to receive this news. During fertilization sperm cells from one treatment couple may have ended up with the egg cells of 26 other couples. Therefore there is a chance that the egg cells may have been fertilized with sperm other than that of the intended father. Although the chance of that happening is small, the possibility could not be excluded.”

How could this happen?

A technique used at this clinic involves a single sperm being injected directly into a woman’s egg with a pipette. Different from IVF, this technique is called Intra-cytoplasmic sperm injection (ICSI). During the indicated time frame, one lab technician is thought to have used an inappropriate pipette for the injections.

Although the pipette was changed for each injection, the technician used the same rubber top until he found sperm traces in it and raised the alarm. Normally the rubber top would have a filter but the one used in this case did not.

Of the 26 couples involved, nine have children and four of the women are currently pregnant. The other 13 embryos were all frozen.

All of the involved couples will meet with doctors from the centre and are being offered the option of DNA testing.

Dutch fertility support group Freya has reacted to the news with outrage, saying “people need to have 100% confidence in the fertility method that they adopt.”

The UMC carries out up to 700 ICSI procedures every year.