Authorities turned the community this week to locate a baby after the child’s mother turned up at the fire station on Tuesday, March 15, and had to be taken to the hospital. 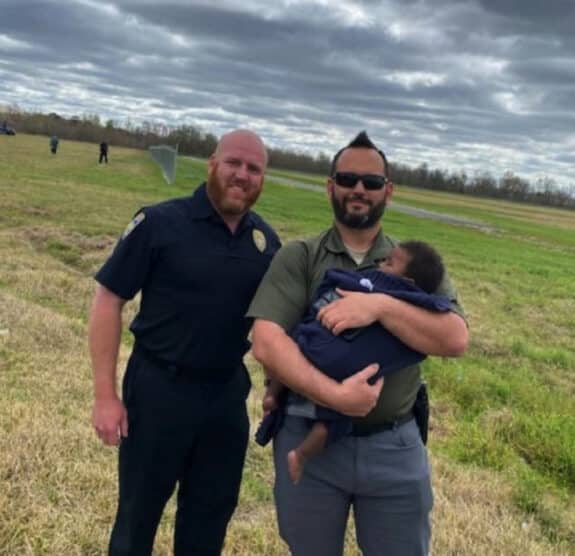 While she was being treated she mentioned the baby, who was not with her at the fire station.  When investigators reached out to family members, they told investigators that the woman had the baby with her when she left her home.

“We were able to bring the mother to the scene, city police took the mother, the mother showed them an area on plank road near a church,” Curt Monte with the Baton Rouge Fire Department said.

He is so amazing…so sweet and kind,” the baby’s “Nana” told WAFB.

“The medics jumped on him and started treating him right away and… I think he’s gonna be fine. You know, it’s still in a dangerous area but still think that it’s just a miracle basically to see the condition he was in. I did not expect that at all,” Mike Chutz with East Baton Rouge Emergency Medical Services (EMS) said.

The infant was taken to a local hospital for precautionary medical treatment where the baby was found to be in good health.

No charges are pending at this point in time. This investigation remains ongoing.