The state of our environment and the massive amount of chemicals we use each day aren’t just bad for our planet; numerous studies have found that there are many possible side effects for us humans as well. The latest, found by the Washington University School of Medicine, is that continued chemical exposure can lead to early menopause for women. 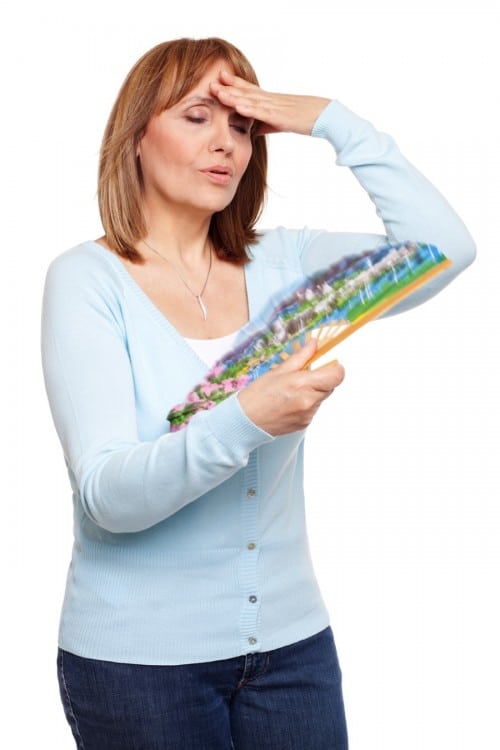 In the PLOS ONE published study, researchers looked at the blood and urine levels of 111 chemicals suspected of interfering with the natural production and distribution of hormones in 31,575 women. This included a total of 1,442 menopausal women. Their average age was 61, and none of the women were using estrogen-replacement therapies or had undergone surgery to have their ovaries removed.

Upon analyzing the data, researchers found that women whose bodies had high levels of chemicals found in plastics, personal-care products, common household items, and the environment experienced menopause two to four years earlier than those with lower levels of those same chemicals.

“Chemicals linked to earlier menopause may lead to an early decline in ovarian function, and our results suggest we, as a society, should be concerned,” senior author Amber Cooper, MD, an assistant professor of obstetrics and gynecology, told Science Daily.

But menopause isn’t the only thing that may be affected, the researchers say. An early decline in ovarian function could also lead to an earlier development of heart disease, osteoporosis, and other health problems. And there are other side effects linked to these very same chemicals, including certain cancers, metabolic syndrome, and, in younger females, early puberty.

“Many of these chemical exposures are beyond our control because they are in the soil, water, and air,” Cooper said. “But we can educate ourselves about our day-to-day chemical exposures and become more aware of the plastics and other household products we use.”

For example, Cooper recommends that, rather than microwave food in plastic containers, people can use glass or paper. They can also try to learn more about the ingredients found in their personal-care products, food packaging, cosmetics, and other daily use items.

Chemicals indicated by researchers as particularly damaging for female reproduction included nine PCBs, three pesticides, two phthalates, and a furan (a toxic chemical). Researchers said these particular chemicals warrant further investigation because they were associated with significantly earlier ages of menopause in women and could have detrimental effects on ovarian function.

“Earlier menopause can alter the quality of a woman’s life and has profound implications for fertility, health, and our society,” Cooper said. “Understanding how the environment affects health is complex. This study doesn’t prove causation, but the associations raise a red flag and support the need for future research.”